Kirby gets three years in wounding

A 36-year-old Burkeville man was sentenced to 10 years in jail with seven years suspended on charges of unlawful wounding and non-violent felony possession of a gun. 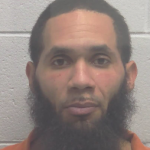 Prince Edward County Commonwealth’s Attorney Megan Clark said Tariq Hassan Kirby was originally charged with malicious wounding, use of a firearm in the commission of a felony and possession of a firearm after having been convicted of a non-violent felony with such prior conviction being over 10 years old.

“Through plea negotiations, the defendant agreed to enter Alford pleas to the amended charge of unlawful wounding — originally malicious wounding — and possession of a firearm after having been convicted of a non-violent felony with such prior conviction being over 10 years old,” Clark said. “With the amendment of the malicious wounding charge to unlawful wounding, the charge of use of a firearm in the commission of a felony was no longer a viable charge and the commonwealth asked the court to dismiss the charge.”

Clark said an Alford plea has the same effect of a guilty plea.

“(The) defendant states that he feels the commonwealth has enough evidence to convict him of the crimes charged and he does not want to risk going to trial,” Clark said.

She said Kirby’s suspended portion of his sentence would remain suspended conditioned on 13 years of good behavior, two years of supervised probation, following terms of probation, no contact with the victim and payment of the costs of the court proceedings.

A Farmville man’s trial in connection with his allegedly inflicting life-threatening injuries to a 9-month-old infant will be held Thursday.... read more