FARMVILLE — A 29-year-old Farmville man was sentenced to 20 years in jail with all but six months suspended in connection to three felony drug distribution charges and one felony charge of failure to appear in court. 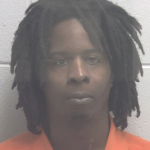 According to Prince Edward Commonwealth’s Attorney Megan Clark, there was no evidence Cedwick Lydell Jiggetts monetarily profited from the distributions.

“As such, the more appropriate charges for the distributions was distribution as an accommodation,” Clark said. “Through plea negotiations, the defendant agreed to plead guilty to two counts of accommodation and one felony (count of) failure to appear.”

Jiggetts has no prior felony convictions.

“The recommended punishment as provided through the discretionary sentencing guidelines did not change drastically between him pleading guilty to two counts distribution as an accommodation versus three counts,” Clark said.