The Commonwealth Regional Council (CRC) has started the process of developing the job description for its vacant executive director position — which has been temporarily filled by Regional Planner Melody Foster. 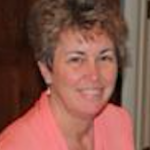 During the CRC’s monthly meeting Thursday, Foster said she has decided to seek the position of executive director permanently and will apply when the job is advertised.

“Over the past month, I’ve talked to my family (and have) had the opportunity to kind of be doing this day in and day out,” Foster said. “I think I look forward to a new opportunity moving forward so I hope the council looks on that favorably.”

CRC Vice Chairman and Buckingham representative Morgan Dunnavant said he liked Foster’s “style,” speaking of how she goes about performing the job.

“But we also need to find out what else is out there that somebody can bring to our organization too,” Dunnavant said.

“In the interest of transparency, I think we have to advertise for the position and look at each application seriously. (It’s) no reflection on (Foster), but like you said, there may be somebody out there that has qualifications that would knock your shoes off and we certainly want to give that person consideration,” Hankins said.

Dunnavant said he was “100 percent in favor of advertising both positions at the same time but not in the same ad,” citing the executive director position and — in the chance Foster permanently fills the position — the position of regional planner, which Foster currently holds.

Regarding the position description, CRC Treasurer and Prince Edward representative C.R. “Bob” Timmons Jr. said the draft description of the position will be worked on by council members over the next few weeks before being voted on during the July 6 meeting.

Following approval of the position description, the council will set the timeline of filling the position.

Foster was appointed acting executive director during the May 17 meeting.

“We are not appointing … Foster to a permanent position, but we are giving her the responsibility to work (in) that position now while we develop the expectations for the future position that we will be advertising for,” Dunnavant said during the May meeting. “She may very well throw her hat in the ring for the running. She may elect not to once we get that position description developed.”

Following former Executive Director Mary Hickman’s resignation in May, Timmons said a “new direction” of the council is that it wants to be the go-to organization that is known in the community for grant writing and grant management services.

“That’s a different direction than what we currently have been going down,” Timmons said in a previous interview. “The board is in the process of changing that direction (with) new directives, new personnel and to become better known as a service organization rather than a quasi-government organization that’s sitting over here waiting for someone to knock on the door.”

He said the council is going to go out and knock on the doors and become a service organization for localities’ membership.

Counties that are members of the CRC include Buckingham, Prince Edward, Charlotte, Lunenburg and Amelia.

Stars under the Stars, an annual downtown summer film series at the historic Crute Stage at the corner of Main... read more