According to a H-SC press release, Eisele’s appointment follows a comprehensive, nationwide search led by a committee that included college coaches, members of the faculty and representatives from the H-SC Board of Trustees. 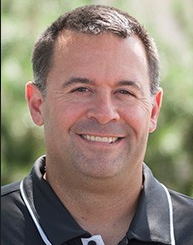 “Eisele comes to Hampden-Sydney from Knox College in Galesburg, Illinois, where he served as director of athletics for more than a decade,” officials said in the release. “Eisele also served as Knox College’s head football coach for three years and as head men’s tennis coach for two years.”

Eisele fills a vacancy left by Richard Epperson, who resigned as athletic director in February, citing “personal reasons,” according to a H-SC press release.

“Eisele is a terrific addition to the Hampden-Sydney community,” H-SC President Larry Stimpert said in the press release. “He brings significant experience as a coach and as a leader in developing and managing a Division III athletic program.”

“Athletics — and the lessons young men derive from athletic participation — are vital aspects of the Hampden-Sydney experience,” Stimpert said. “Chad is qualified to build on Hampden-Sydney’s long and outstanding tradition of athletic competition and to strengthen every aspect of our athletic program.”

“As athletic director, he played a significant role in major facility upgrades, and carried out the first-ever feasibility study and marketing plan for the college’s athletic department,” officials said in the release. “Mr. Eisele also led booster and fundraising efforts to support the college’s athletic program, and was a key part of recruiting and marketing initiatives, including refining the athletic recruitment process and overseeing rebranding efforts.”

The release cited Eisele as having served a term on the NCAA Division III Football Committee.

“Eisele is a great choice as Hampden-Sydney’s next athletic director,” said John W. “Bill” Kirk III, a member of the search committee and vice-chairman of the college’s board of trustees. “This is an extremely important position, and knowing Chad’s background, I am confident he is the right person for the job.”

Kirk cited Eisele’s background in coaching and being a college director. He said Eisele has a “strong passion” for both Division III sports and liberal arts education.

“I believe that he will fit in well with the Hampden-Sydney community,” Kirk said in the release.

Eisele said in the release he was excited about the opportunity to work at an institution with the history and athletic success the college has.

Eisele holds a bachelor’s degree in political science from Knox College, where he was a three-sport athlete, competing in football, baseball and track and field. He also holds a master’s degree in sports administration from Wayne State University. He and his wife, Kathleen, are the parents of three children.

Lt. Gov. Ralph Northam was given a private tour of the Robert Russa Moton Museum on Monday by the museum’s... read more