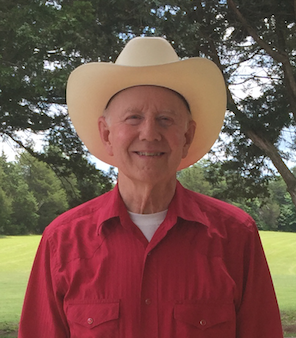 He said he’d miss the people he worked with over the years.

Dunn remains part-owner of Ayers, which is set to close after the end of summer.

She said Dunn worked counter sales and worked alongside she and her husband, Lynn Ayers.

“He’s served our customers and they’ve loved him,” Ayers said. “He’s very well-liked, and he’s known as ‘The Cowboy.’”

Ayers said Dunn started working at the store around 1985. She said that Dunn was brought into the family through his wife, Betty, who was Lynn Ayers’ sister, and after she died he became part-owner of the business.

The business also built houses until a few years ago.

Dunn is currently working with his son, Kevin Dunn, at T&K Homes and H&D sales. According to the T&K Homes website, the company serves as a general contractor that designs and builds residential homes and commercial buildings and provides renovations and remodeling services.

The week the aurora borealis came

By Dr. Ray A. Gaskins Professor emeritus, H-SC When the Southside Railroad came to Farmville in 1854, along with it... read more