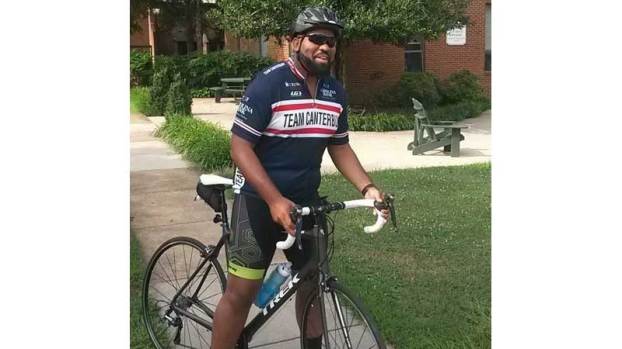 Cooper will bike to fight cancer

Cooper said he was invited to participate in the Great Cycle Challenge — an organization working to fight pediatric cancer.

“I’m a pretty new cyclist. I’ve only been riding for about a year now,” Cooper said. “But, I thought it was a great cause and was something that I feel passionate about. I’ve definitely encountered a number of young people that are fighting cancer.”

Cooper said he’d devote time and effort to do his part.

As of Wednesday, Cooper has raised more than $800 on the Great Cycle Challenge website and is working on raising funds for the U.Va. Children’s Hospital. Cooper said his goal is to raise another $500.

U.Va. Children’s Hospital Associate Director of Development Ryan Lightner said the hospital relies on support from members of the community to ensure it provides the best health care for the children across Central Virginia.

“The money that Taikein is raising will help provide research on pediatric cancer so that we can continue to offer second chances to those battling this terrible disease,” Lightner said.

Cooper intends to have other people ride with him periodically.

“I plan to ride the Capitol Trail from Richmond to Williamsburg, but my rides will mostly be in Central Virginia, North Carolina and South Carolina,” Cooper said.

He said he’ll write a blog about his journey during the month as well as use his GoPro to record his rides and to “hopefully interview some people as well.”

“As a survivor of heart disease — and I was first diagnosed with heart disease when I was 15 — I can definitely attest to some of the significant illnesses and the impact it can have on life as a teenager and as a juvenile,” Cooper said.

Honor and recognition was given in Farmville to fallen active-duty veterans of the U.S. armed forces through a couple of... read more