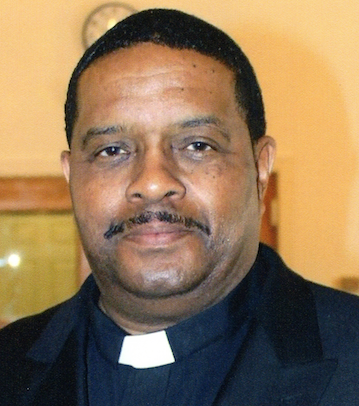 Rickie Bolden has graduated from college — part of a life change he says he began 10 years ago.

The 56-year-old Buckingham County man received his bachelor’s degree in religion from Liberty University on May 13. 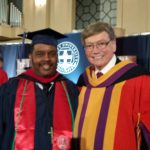 Bolden works for the Prince Edward County Department of Social Services as an energy benefit specialist and serves as an ordained associate minister at Petersville Baptist Church.

“I come one from one of the worst neighborhoods in the country and I made it out, you know, no parents, nothing like that,” Bolden said. “I was lucky, but I had God on my side.”

He said growing up in the northern part of New Jersey and having been told he would never be or have anything, which he believed, got him into trouble as a child.

The trouble followed Bolden into his adult life.

“I went to church and I met a guy who was a Vietnam vet … and he told me, he said, ‘I’ve been what you’re going through you can come out of it,’” Bolden said.

Bolden decided to try something to break his bad habits.

Bolden stuck with it. He said he quit smoking weed and turned his life around.

Bolden recalled he was able to get better work then as well.

“I want to tell the youth in this area not let to people count you out or write you off because you are different or poor or may not look or act the part,” Bolden said. “If I can do it they can to.”

He said those who are in the same bind looking to make a life change can reach out to him through the Petersville Baptist Church, located at 3330 Petersville Church Road, and either he or his wife will counsel them as needed.