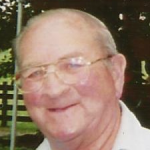 He was a Korean War combat veteran, proudly serving his country in the United States Army. He worked as a fuel truck driver at Jenkins Oil Company in Keysville for many years until his retirement.  Arthur Ray never met a stranger and thoroughly enjoyed talking to everyone.

Funeral services were held Monday, June 5, 2017 at Browning-Duffer Funeral Home in Keysville. Burial was held in Lebanon United Methodist Church cemetery. In lieu of flowers, memorial donations may be sent to the Charlotte County Rescue Squad.

The Browning-Duffer Funeral Home in Keysville, VA, is serving the family.