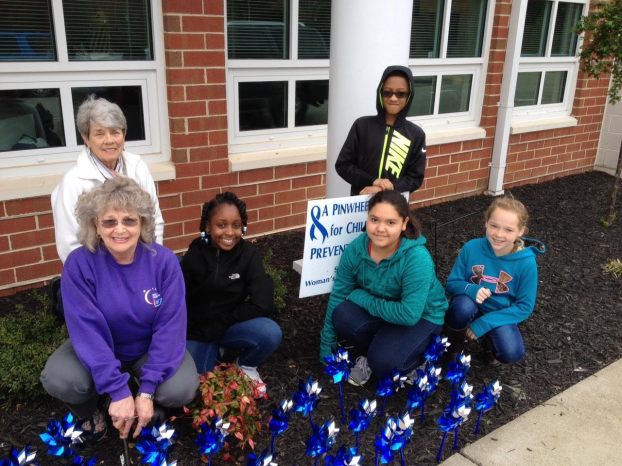 The release cited Cumberland’s garden of more than 100 blue and silver pinwheels was planted outside the front doors of the Cumberland Middle School. Fifth and sixth graders helped with the planting.

“We all have an effect on the lives of children, and it is our responsibility to make Cumberland the kind of county in which we want to live,” officials said in the release. “Everyday is an opportunity for us to make a difference in a child’s life -— to make their environment more loving and stable so they can grow into productive, contributing adults who help our community and our nation.”

The release cited that when children are exposed to the extreme and sustained stress of child abuse and neglect, their development is compromised.

“The impact of not stopping child abuse is increased costs for foster care, mental health treatment, hospitalization and law enforcement issues,” officials said in the release. “We can all help. Take action by learning more about prevention, support child and family friendly policies and services and volunteer your time and talents.”

According to the release, next year the Woman’s Club of Cumberland hopes to motivate other community citizens and businesses to plant their own pinwheel gardens in a public space so the message is even more visible and the children know they care.