Volunteers seek to sharpen their skills 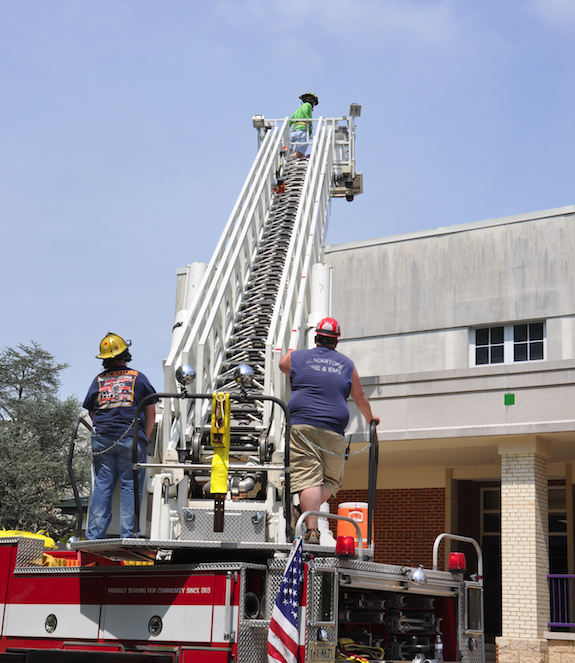 Some volunteer firefighters from the Heart of Virginia reached new heights Saturday in a very literal way.

According to Prospect Volunteer Fire Department member James Redford, who also serves as training officer with the Prince Edward Fire Firefighters Association, the training involved both classroom instruction and hands-on training, such as the activities that took place at the Prince Edward County High School. 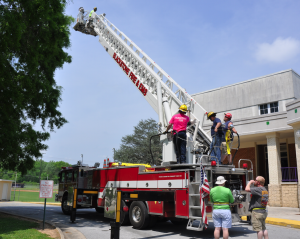 According to Farmville Volunteer Fire Department Chief Dean Farmer, the training allows volunteers the ability to learn how to use and operate ladder trucks from other agencies should response be needed to a multi-storied or commercial structure, such as a dormitory at Longwood University or Hampden-Sydney College, or a public school building.

Prince Edward County only has two fire companies with ladder trucks — Farmville and Hampden-Sydney. Blackstone Volunteer Fire Department is the closest neighboring county with one. More than 10 volunteers trained during the aerial operations portion of the activities, Redford said.

The purpose of the aerial operations training, Farmer said, was to provide volunteers the ability to learn how to use the equipment and apparatus in a realistic situation.

He said the training was offered through the Virginia Department of Fire Programs.

“Each truck is a little bit different,” Redford said.