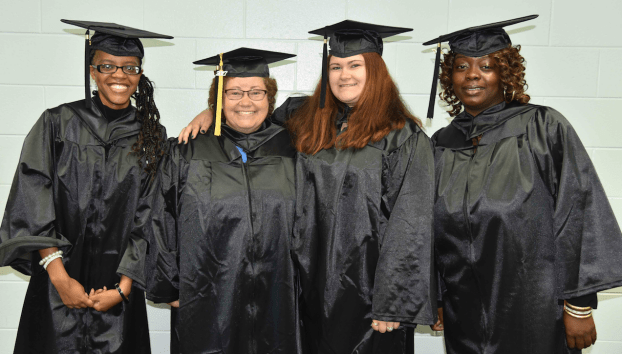 “Don’t ever forget your experience at this college and how it shaped you,” said Stephen E. Parker, the graduation speaker for Southside Virginia Community College’s (SVCC) commencement held Saturday on the John H. Daniel Campus under clearing skies.

According to a college press release, “A crowd of approximately 2,500 people attended the annual event.”

The commencement event awarded degrees, diplomas and certificates to 1,303 students. Those attending the ceremony walked across the stage to receive their awards from Dr. Al Roberts, SVCC president.

Parker, the director of education and workforce for the National Governor’s Association (NGA), is a graduate of SVCC, according to the release. 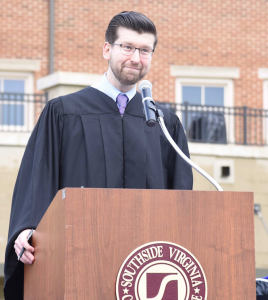 In his address, he reminded the graduates to “aspire to run your world, not the world.”

“Very few will run the world, but it is possible for everyone to run their own world. Furthermore, power to uplift people can be so much more impactful than power over people.”

Parker quoted Aaron Sorkin in his comments to the graduates. “‘Having education and talent does not place you above the rest of the world. It makes you responsible for it.’”

Parker cited he was raised by a single mother who struggled to make ends meet and had no expectations of being able to attend college.

“If there was no money for food, then there certainly would be no money for college,” he said in his release. “I was destined to join my mother and her parents as the third generation in my family to never attend college.”

Thanks to the community college and financial assistance from federal and state sources, Parker became the first college graduate in his family. Two years ago, his mother became the second, also graduating from SVCC, according to the release.

He concluded his address by singing the words of Mavis Staples from “I Know a Place,” a reminder that SVCC is a good place to know and remember, officials said in the release.

Parker said he wished for each graduate the same genuine care and investment in their future that they experienced at SVCC.

Parker serves on the SVCC Foundation Board. He also received his bachelor’s degree at Longwood University, and completed postgraduate work in political leadership at the University of Virginia and public policy at The College of William and Mary.

Graduates look to the future