Stephen E. Parker, director of Education and Workforce for the National Governor’s Association (NGA) and a graduate of Southside Virginia Community College (SVCC), will deliver the commencement address at the SVCC graduation ceremony Saturday at the John H. Daniel Campus in Keysville, Virginia. The event begins at 9:30 a.m. 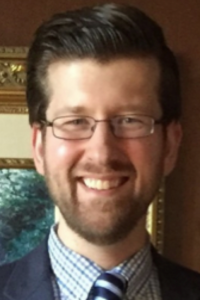 The release stated Parker is the liaison between governors and the federal government on education, human services and workforce issues.

“Parker led the process to create the governors’ plan to redesign the federal education system, released in 2015,” officials said. “He developed and executed NGA’s campaign to re-write federal K-12 education policy, which ultimately resulted in passage of the Every Student Succeeds Act and governors’ first endorsement of any federal legislation in 20 years.”

According to the release, Parker also managed governors’ partnership with Congress to pass the Workforce Innovation and Opportunity Act, updating federal job training policy for the first time in 16 years.

“He also worked with Congress to increase governors’ direct federal workforce funds by more than $500 million over the past three years,” officials said.

“Prior to working for the nations’ governors, Parker served as senior special assistant to Gov. Timothy M. Kaine where he managed statewide public awareness campaigns across more than 15 agencies and managed the development of the governor’s legislative priorities.”

Officials said he also served as senior policy advisor to the adjutant general of the Virginia National Guard.

“Parker serves on the U.S. Department of Labor’s advisory committee on veterans’ employment, training and employer outreach,” officials said. “He also serves as a member of the Hopkins House Programs and Assessments Committee, where he helps increase access to early childhood education in Alexandria.”

According to the release, Parker serves on the SVCC Foundation Board.

“He also received his bachelor’s degree at Longwood University, and completed postgraduate work in political leadership at the University of Virginia and public policy at the College of William and Mary,” officials said.