A creep is a creep —whether in person or on social media, according to a Longwood University study that examined the link between social media behavior and personality. 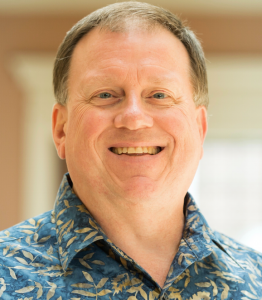 A recent study by a psychology professor and students found a solid relationship between negative use of social media — such as spreading malicious rumors, secretly checking out other people’s sites or posing as someone else — and negative personality traits. The research also found a relationship, though less strong, between positive use of social media and positive personality traits.

The study, which will be presented at conferences of the Association for Psychological Science this month and the European Association of Developmental Psychology in August, looked at positive and negative uses of social media, with four specific examples of the latter, and explored their relationship to four positive and four negative personality traits.

According to a Longwood press release, the negative social media practices are “creeping, which is browsing someone’s sites without their knowledge, phubbing, which is snubbing someone you’re with by looking at your cell phone, and catfishing, which is pretending to be someone you’re not on social media and posting messages or photos that harm someone’s reputation. The positive personality traits are openness, extraversion, agreeableness and conscientiousness; the negative ones are neuroticism, narcissism, Machiavellianism and psychopathy.”

The study, conducted last fall, involved an anonymous online questionnaire completed by 261 participants, about half of them Longwood students, measuring what people do on social media and why they do it. Personality traits were determined by study participants’ responses on two of the most widely used personality inventories.

Bjornsen had previously researched social media use. He will teach a new course on the psychology of social media this fall, according to the release.

In this study, positive social media use slightly exceeded the most common forms of negative use, creeping, phubbing and all three were positively related to neuroticism. “In other words, people who were anxious or depressed reported slightly higher levels of positive social media use, creeping and phubbing. Catfishing and gossip/shaming, much less common, were positively correlated with narcissism, Machiavellianism and psychopathy,” according to the release.

“Our results indicate that invasive or harmful uses of social media are significantly more likely to be practiced by users who are more self-centered, manipulative and callous in relation to others,” said Bjornsen, who, with his student volunteers, is collecting another round of data this semester.

Last year Bjornsen, on his own, collected data on phubbing and cell phone/social media addiction, which followed up research the previous year on cell phone use in class and bereavement posts on social media. He has revised some of his initial views on social media use, according to the release.

“Much of the research focuses on the problems related to social media use, on its harmful nature, but developmental psychologists like me focus on healthy development,” he said. “The things we spend the most time doing must be healthy — we don’t walk around all day holding our breath or jabbing ourselves in the eye with an ice pick. Social media can’t be all bad, which was the impetus for this project. That’s why my students and I spent weeks and weeks developing questions measuring positive social media use along with negative social media use.”

Colleagues of Bjornsen in Slovenia found his study so interesting, when he described it at a conference in Spain in September, that they decided to collect their own data using the same questionnaire.

“We are excited by the results, particularly the fact our questions held together as measurement scales in the first administration of the questionnaire in both cultures,” he said. “That kind of success in questionnaire design almost never happens. Usually you have to edit and change items over and over before they are shown to be reliable and valid.”

A presentation on the U.S. data in the project, “Friend or Faux? Prosocial and Antisocial Social Media Use and Personality Traits,” will be given at the 29th annual convention of the Association for Psychological Science in Boston, May 25-28.