Smith gets honors at Centra lab 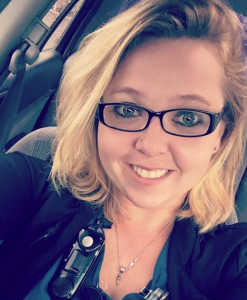 According to a Centra press release, Smith started working as a lab phlebotomist for the hospital in November 2015.

“In this short period of time, she has earned respect from her colleagues and supervisors,” Centra officials said in the release. “She puts her heart in every part of her job and is always eager to learn new tasks. She has gone above and beyond in customer service, doing more than required if it is for helping.”

The release offered that Smith, who has been mentoring phlebotomy students, is an outstanding phlebotomist, always positive and pleasant with patients and staff.

“(Smith) has been recognized by many patients during leadership rounding,” Centra officials said. “She always collaborates with other clinical areas, works extra shifts when needed and if a coworker is in need, she doesn’t think twice, she just jumps in and helps.”

The release noted that Smith is working to complete the MLT program and soon she will become a lab tech.

“The laboratory staff cannot be more proud of her and we are happy to have her as the Lab Employee of the Year for 2017,” Centra officials said.