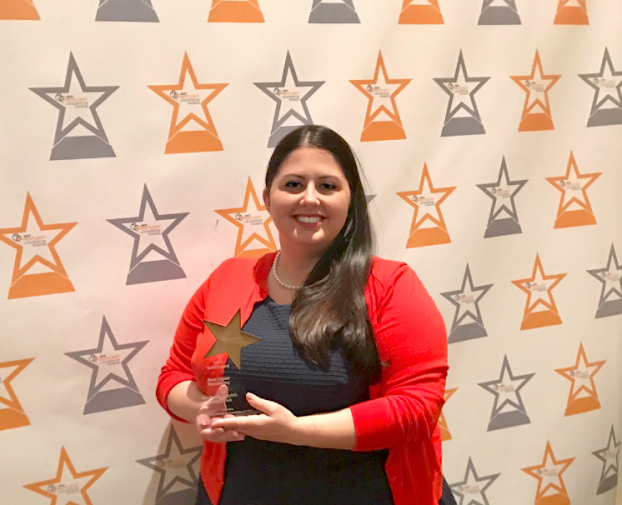 According to an SEC press release, the firm received a Gold Award in best digital storytelling for its “Day in the Life of a Lineman” reality show video.

“The video follows SEC linemen in Altavista, Crewe, Dinwiddie and Powhatan as they work and troubleshoot throughout their day,” officials said in the release. “The video serves as a complement to the Day in the Life of a Lineman program, which provides local high school students with a multi-faceted look at a career in electric utility line work. Students gain insight into the working conditions, education/training requirements, career outlook and compensation of an electric lineman.”

The release cited a special reception honored the award recipients during the Connect ‘17 Conference held in Tampa, Florida, on May 2.

“Winning entries were displayed in the Spotlight Café during the remainder of the conference,” officials said in the release. “SEC partnered with videographer Ryan White of Tri21 Media to bring the idea to life.”

According to the release, Lauren Irby, SEC communications specialist, coordinated the scheduling, filming and production of the project.

The release cited an annual Spotlight on Excellence Awards competition that recognized the top-rated communication and marketing efforts by electric cooperatives and related organizations.

“Entrants competed with electric cooperatives of similar size in several categories,” officials said in the release. “Electric cooperative communicators and marketing professionals submitted more than 769 entries in the Spotlight on Excellence program, now in its 29th year.”

According to the release, the Council of Rural Electric Communicators was organized in 1982, and seeks to advance the recognition, education and professionalism of electric cooperative communicators and their affiliated organizations.

“It is a volunteer association working on behalf of more than 4,000 electric cooperative communicators across the United States,” officials said in the release. “The (NRECA), the service organization representing the national interests of cooperative electric utilities, coordinates the council’s activities.”