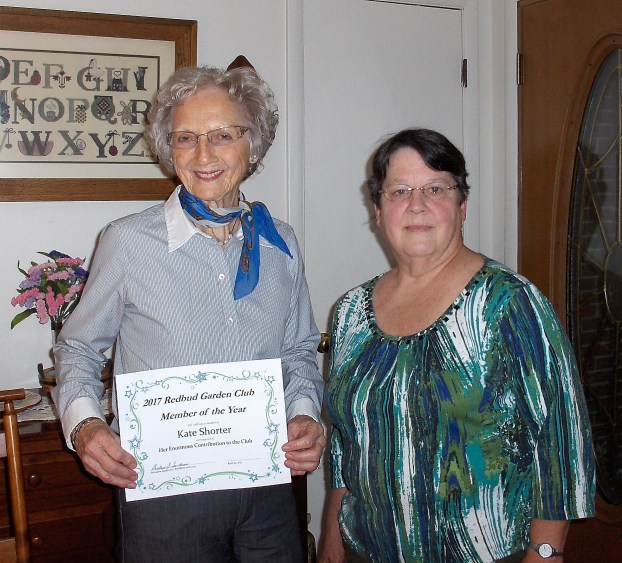 The Redbud Garden Club held its 54th Annual Banquet at the home of Geraldine and Billy Sanderson on Tuesday, April 25. Guests were Pat Oliver, Carolyn Higgins and Nancy Schaeffer. 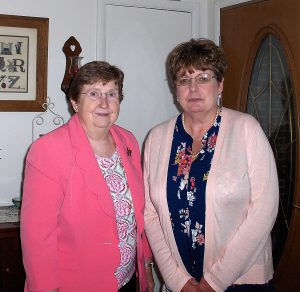 According to a press release, Geraldine Sanderson presented Kate Shorter with the 2017 Member of the Year Award for her many contributions to the club. She was given a certificate and gift.

“Janet Higgins won both the arrangement award with 102 points and the horticulture award with 233 points and received a B&M Greenhouse gift certificate for her efforts,” officials said. “Liz Dunn, Dottie Fahrner, Janet Higgins and Sarah Schember exhibited all 12 months of the club year.”

“Sanderson received a check for $10 from Benchmark Community Bank, (which) sponsors this award,” officials said in the release. “Some of the club members’ volunteer hours were given at church, school, the Randolph Community Center/Fire Department, Christmas Mother, community projects, gardening education and judging, blood donation, FACES, 4-H and visiting the sick and shut-in.”

According to the release, second vice president Janet Higgins, and first vice president Ann Ligon, presented a lovely garden ornament to Geraldine Sanderson as the club’s “thank you” for a job well done as president.

Members of the Prince Edward County Republican Committee (PECRC) joined together Sunday to bring Spring to some residents of The... read more