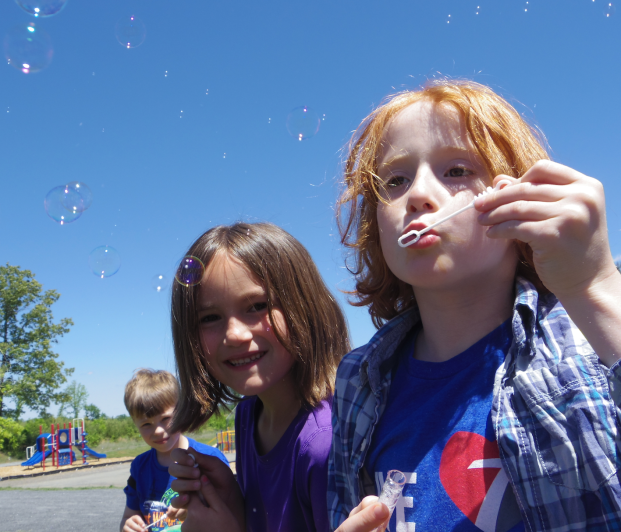 First-grade students, from left, Joshua Somers, Katie Dodson and Grayson Dunn blow bubbles during a recent memorial at Buckingham County Primary School honoring Tori Perez and Jaiden Bartee, two children who were struck and killed by a tractor-trailer March 30 as their school bus approached. The memorial was attended by the families of the two children.

A memorial honoring Tori Perez and Jaiden Bartee — two children who were killed and struck by a tractor trailer on March 30 as their school bus approached them on U.S. Route 15 — was held at Buckingham County Primary School on May 3.

According to a release from the school, the families of the two children attended and were given a place of honor to sit during the memorial. 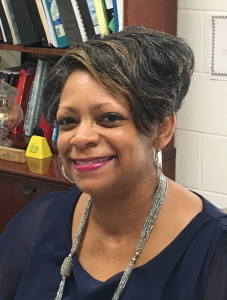 Primary School Principal Angela Patterson-Jones said Jaiden and Tori loved learning and were a joy to the school.

She said the school wanted to hold a memorial that reflected Tori and Jaiden’s joyful personalities.

“We wanted it to be an intimate ceremony,” Patterson-Jones said, “so that we could pay tribute to our two students who lost their lives. We wanted to show love that day.”

The school’s art department, during the ceremony, presented Jaiden and Tori’s mothers with yearbooks and framed artwork made by students.

The school’s memorial has been one of many community gatherings to support and pay tribute to Jaiden and Tori and their families, including bake sales, car washes, church collections and other fundraisers.

For the school’s memorial, classmates of Jaiden and Tori wrote memories and messages that were placed in boxes, according to the release. The boxes were buried under two dogwood trees donated by the Sigma Alpha Pi fraternity at Longwood University.

“Tori and Jaiden will always be remembered,” officials said in the release. “Their eager, friendly smiles will live in the hearts of all who knew them and those who didn’t.”

The Virginia Children’s Book Festival donated books in memory of Tori and Jaiden. 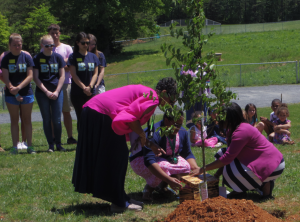 For the school’s memorial, classmates of Jaiden and Tori wrote memories and messages that were placed in boxes. The boxes were buried under two dogwood trees donated by the Sigma Alpha Pi fraternity at Longwood University.

The donation includes a book about grief for children by Todd Parr called “The Good-bye Book.” Parr, who also signed the donated books, was a guest during the Virginia Children’s Book Festival in October.

The donations were presented by Speech Therapist Susan Halliday, whose son is a student in Tori and Jaiden’s class, according to the release.

Jaiden’s mother spoke during the memorial, the release cited, thanking the school for its support.

During the memorial, participants were also given a bottle of bubbles, according to the release, blowing them into the sky.

“The cloud of bubbles floating above the school were a visible reminder of the infinite joy that one child’s smile can bring to countless others,” school officials said in the release.

Students were sent back to class shortly after the memorial, the release cited.

Family and friends of the two children remained behind after the memorial to linger at the newly planted dogwood trees to share memories.

Q: With the financial struggle Petersburg is going through, how do our counties and town governments fare when it comes... read more