Fuqua School will hold its commencement exercises for the Class of 2017 on Friday at 6 p.m. on the front lawn of the upper school campus.

According to a press release, in keeping with the tradition of inviting alumni to deliver the commencement address, this year’s guest speaker will be state Sen. Monty Mason, D-Williamsburg, Class of 1985. 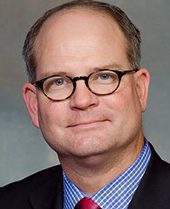 “Sen. Monty Mason proudly represents the Virginia Peninsula’s First State Senate district, including all of the City of Williamsburg and parts of Newport News, Hampton, Suffolk, James City County and York County,” Fuqua officials said. “Monty was twice elected to the House of Delegates in the 93rd District in 2013 and 2015 before winning his race for state Senate in a special election in November of 2016.”

According to the release, during his tenure in the legislature, Mason has worked to protect seniors from fraud, ensuring opportunity for veterans and military service members transitioning to civilian life, improving mass transit throughout the Peninsula and strengthen cyber security laws.

“Monty’s work to improve and protect the quality of life in Hampton Roads has earned him various awards, including a 100 percent score three years in a row from the League of Conservation Voters and the Sierra Club as well as the ‘Solid as Rock’ award from the Virginia Education Association in 2015,” officials said.

Officials said Mason was no stranger to community service before he took office.

“(Mason) has been volunteering and supporting his community for nearly two decades. He has worked to help Child Development Resources of Williamsburg, an organization that provides resources to pre-K children,” officials said. “He is a strong supporter of the College of William and Mary and serves on the university’s Challenge 1 Strategic Planning Committee.”

“(Mason) also serves on the Greater Williamsburg Chamber and Tourism Alliance Board, the statewide advisory board for the Sorensen Institute of Political Leadership, the executive board of Smart Beginnings Virginia Peninsula, the board of directors for the Triangle Arts and Culture League and the advisory board of Literacy for Life,” officials said. “He sponsors an annual College Creek cleanup to remove debris and trash from a portion of the creek.”

According to the release, Mason’s career in business includes more than 25 years and includes working in the real estate and financial sectors as well as more than a decade with VISA in fraud and risk management.

“It is quite fitting for Monty to be the commencement speaker for this class, which is comprised of so many student athletes,” officials said. “While at Prince Edward Academy, Monty was a motivator, a born leader and a clutch player.”

The release stated that with 10 varsity letters, Mason was a two-year starter on the basketball court and four-year baseball player, serving as co-captain his senior year and earning all-conference honors.

“His accomplishments on the football field, however, are unparalleled. Monty became the youngest starting quarterback in school history at the age of 13,” officials said. “He completed 46 touchdowns passes during his high school career including 17 as a sophomore, leading the Wolverines to a perfect 11-0 season.”

“Mason went on to attend the College of William and Mary where his leadership skills continued to lead him to where he is today,” officials said.

The release stated that since the Virginia House Delegates is a part-time legislature, Mason maintains his position with VISA as a fraud risk senior account executive.

“He lives in the Walnut Hills neighborhood of Williamsburg with his wife, Pamela, who works at the College of William and Mary,” officials said. “They have two daughters, Taylor Anne, 9, and Hawley, 7.”

Detour in place on West Third

Westbound travel lanes on West Third Street in downtown Farmville will be closed through the morning into the afternoon Sunday.... read more