Gemini has announced Henry Lutz as a recipient of its 2017 Ross Wagner Engineering Scholarship.

According to a Gemini press release, the Ross Wagner Scholarship was established to provide scholarships to deserving students seeking degrees at the country’s top engineering schools. 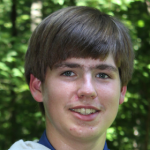 “Every scholarship recipient receives a benefit of $100,000 paid over four years,” officials said in the release. “Lutz, a senior at Prince Edward County High School … will be attending the Rensselaer Polytechnic Institute (RPI) at Troy, New York.”

The release cited that Lutz plans to major in chemical engineering and play golf.

“Gemini believes in supporting education and training in manufacturing in the United States to remain at the forefront of a competitive marketplace,” said Fred Oss, president of Gemini.

“Our scholarship funds are designed to offer educational opportunities to the best and brightest students from our communities who are pursuing careers in engineering. We wish Henry … the best of luck in (his) future endeavors.”

“Dedicated to the memory of Ross C. Wagner (1924-1992), the second chairman of the board of directors at Gemini, the Ross Wagner Scholarship provides four-year scholarships for students majoring in civil, aeronautical, mechanical, electrical, aerospace, biomedical and chemical engineering as well as chemistry and physics, according to the press release.

“It is open to all students attending the local high school in cities where Gemini’s manufacturing plants are located, (including) Decorah, Iowa; Cannon Falls, Minnesota; Farmville; Taylor, Texas; Fallon, Nevada; and Hanover, Ontario,” officials said in the release. “It is also available to students attending the local high schools in Howard, South Dakota and Randolph, Minnesota, which are the hometowns of Gemini’s founders.”

Mattie Moss, right, proudly holds her certificate for being the YES Club winner at the downtown branch of Benchmark Community... read more