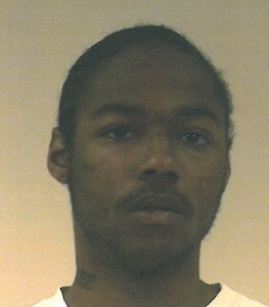 Police are searching for a second suspect in connection to the shooting death of a 35-year-old Pamplin man reported Thursday.

According to a release from the Prince Edward County Sheriff’s Office, authorities are seeking the whereabouts of Mario Redfearn, an African-American male. 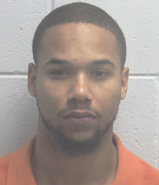 Simon Carl Lark, 23, was charged Thursday with first-degree murder and use of a firearm in the commission of a felony in connection with the death of Darnell M. Green, according to Sheriff Wesley Reed.

“My officers responded and they found the victim … (Green), 35-years-old, of Pamplin, had been shot,” Reed said. “He was transported to (Centra) Southside Community Hospital, (where) he was pronounced dead at that point in time.”

“We have one person of interest under arrest and we’re looking for several others,” Reed said Thursday evening while on scene of the incident.

He said the investigation is ongoing. Anyone one with information on the incident is urged to contact police. 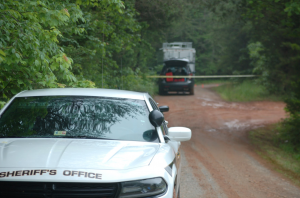 MORGAN WHITE | HERALD
Deputies received a call regarding a shooting at 170 Holiday Hills Dr. at approximately 2:04 p.m. Thursday regarding the reported murder of Darnell M. Green.