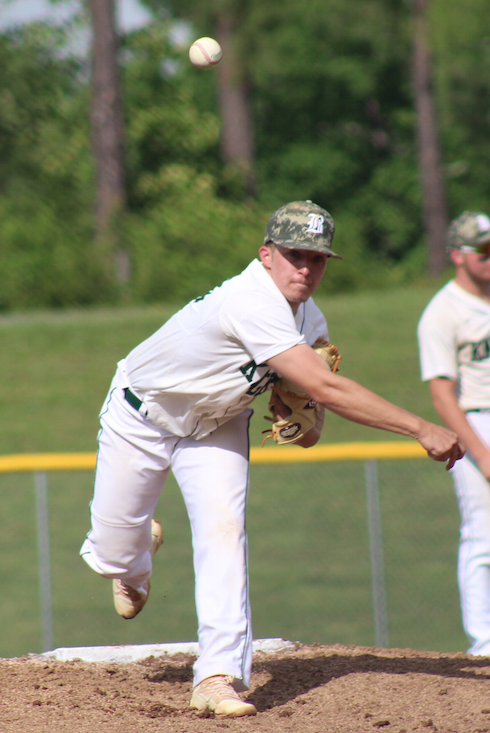 Knights bloom late but fall to Hawks in postseason

Buckingham County High School’s varsity baseball team produced a remarkable final week to its regular season, but it was not able to carry that success into the postseason Monday.

The fourth-seeded Knights fell 4-0 to visiting No. 5 Gretna High School in their first game in the Courthouse Conference 37 tournament, ending their 2017 season.

Speaking of the Hawks, Jones said, “This game came down to them doing what they had to do to get the victory, which was timely hits.”

Meanwhile, the Knights struggled to put together hits of their own, and Jones pointed to Gretna’s pitcher as part of the reason.

“He kept us off-balance a lot, and my guys appeared to be guessing a lot at the plate,” Jones said. “He wasn’t overpowering, but he threw strikes.”

The coach said the pitching and defense were there for his team, “we just did not swing the bats well enough to score runs.”

Monday’s game ended a season that had taken on a brand new shape for Buckingham after its 3-1 run last week, which included victories over the top two teams in the James River District.

After falling 13-9 at home to Appomattox County High School on May 15, the Knights traveled to Randolph-Henry High School the next day and won 6-2, only the second loss for the Statesmen all season.

“We went in there with the mindset (that) we’ve got nothing to lose at this point,” Jones said. “They’re playing for something. We’re playing for pride.”

Ragland was the starter on the mound, and he went the distance for the win.

“We got timely hits, he pitched exceptionally well, and we didn’t make defensive mistakes. We made all the plays, so those combinations of those three things put us over the top.”

The next day the Knights finished a game against visiting Goochland High School that they had started May 4. Rain stopped the contest with the score tied 2-2 in the top of the eighth inning after Buckingham had staged a comeback that forced the extra inning.

When play resumed Friday, the Knights kept the Bulldogs off the scoreboard to enter the bottom of the inning, and senior Juwan Dibble drove in freshman Nathan Brickhill for the win.

After Monday’s loss, Buckingham finished the season with an 8-12 record.

Reflecting on the year and the 2017 Knights, Jones said, “I’ll remember this team because of basically how they played down the stretch.”