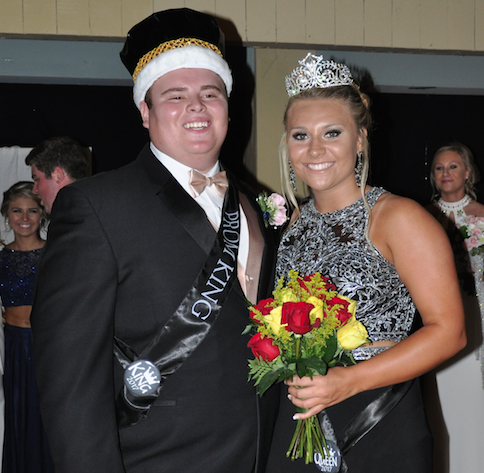 Kenston Forest School (KFS) held its prom at the Fort Pickett Officer’s Club in Blackstone recently. The prom king and queen were crowned after the senior march. Tripp Jones, son of Chip and Leigh Ann Jones, of Green Bay, was crowned king. Mackenzie Coley, daughter of Chad and Jannon Coley, of South Hill, was crowned queen. The After Prom Party was held at the KFS gymnasium and hosted by the Class of 2018. Pictured are Jones, left, and Coley.