James W. Crowl, passed away Friday, May 5, 2017, at his residence in Fawn Township. He was the husband of Gayle Stinson to whom he was married for 21 years. 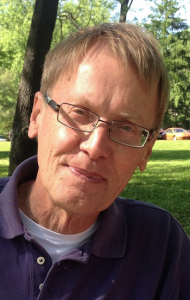 After high school he attended Davis & Elkins College where he earned a bachelor’s degree in history. He later studied Soviet history at the University of Virginia, earning both a master’s degree and his doctorate (Ph.D.).

He was employed as a college professor for 41 years, teaching history at Longwood University in Farmville, until his retirement in 2008. He was a respected and beloved professor on campus. He also served as advisor to the Sigma Phi Epsilon Fraternity for many years. In that role, he helped to shape the lives of many young men who to this day hold him in the highest regard.

A member of Chanceford Presbyterian Church in Airville; he was also involved in his son’s Cub Scout Pack 83 and Boy Scout Troop 811.

In addition to his wife, he is survived by twin children, James A. “Jack” Crowl and Charlotte V. Crowl; one brother, Richard L. Crowl and wife, Sue; sister-in-law, Shirley R. Crowl; aunt, Lois Theophel; uncle, David Crowl and nieces and nephews. He was preceded in death by a brother, Donald W. Crowl.

A visitation will be held from 1-2 p.m. at the church. Burial will be held in Chanceford Presbyterian Church Cemetery. Life Tributes by Olewiler & Heffner Funeral Chapel & Crematory, Inc., 35 Gotham Pl., Red Lion, is in charge of arrangements.