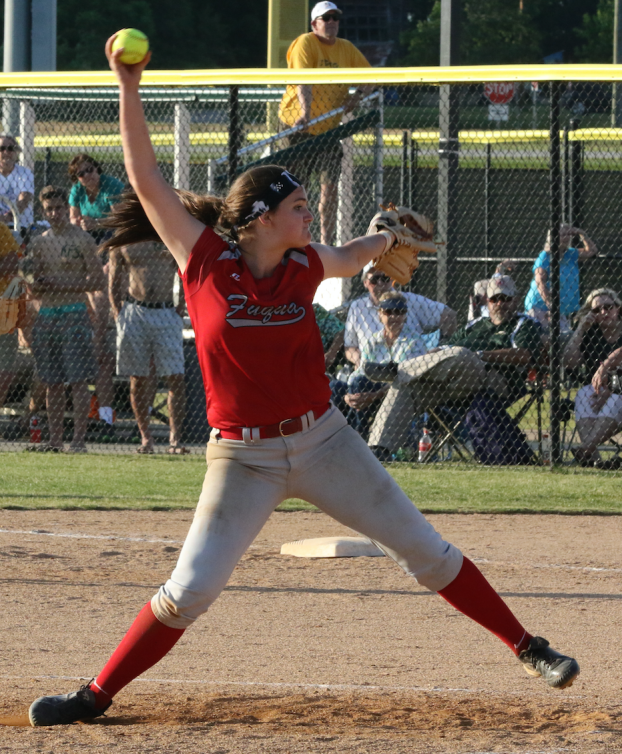 Thursday’s state semifinal game between the Lady Falcons and Lady Kavaliers, also held in Sutherland, was scoreless until the top of the fifth inning when Kenston Forest took a 1-0 lead.

“I thought we did a good job staying in the game,” Lady Falcons Head Coach Mike Ford said. “And of course, we had to make it exciting. …”

The top of the seventh inning featured a flurry of action from the Lady Kavs, who put together a five-run rally with two outs on the board. But Fuqua was able to hold on and get the final out.

“It’s like I told the girls, we were in that situation earlier in the year, and we lost the game,” Ford said. “This time, we won the game, so they’ve grown through the course of the season. I’m real proud of them.”

The Lady Falcons (15-3) will play Friday at 3 p.m. against No. 3 Southampton Academy, a team they faced twice during the regular season. They beat the Lady Raiders 7-5 on the road April 18 and lost to them 11-10 April 1.

“I thought Regan was off the charts today,” Ford said, highlighting both her pitching and her hitting. “She had a phenomenal game.”

Ware pitched the entire game and also led her team offensively, going 4-for-4 with four RBIs and two runs scored.

She was out last year due to an injured elbow and the accompanying surgery to repair it, and as she now prepares to play in the state title game, she said that “making it this far after just my first year coming back means a lot.”

Also key to the Lady Falcons advancing was freshman Carmen Reynolds, who produced a big hit that drove in a couple of runs, and junior Alexa Marzloff, who scored twice.

Highlighting what she thought ultimately gave her team the edge Thursday, Ware said, “I think we hit throughout the game to where (the Lady Kavaliers’) hits were just in the last inning, and we were consistent with the bats, I think.”

Fuqua finished with nine hits for the game.

“The secret to our success is we’ve got some really good players, which makes my job not as hard as what you think it is,” Ford said.

Six senior student-athletes made Monday a big day for Cumberland athletics as they formally announced their commitments to continue their... read more