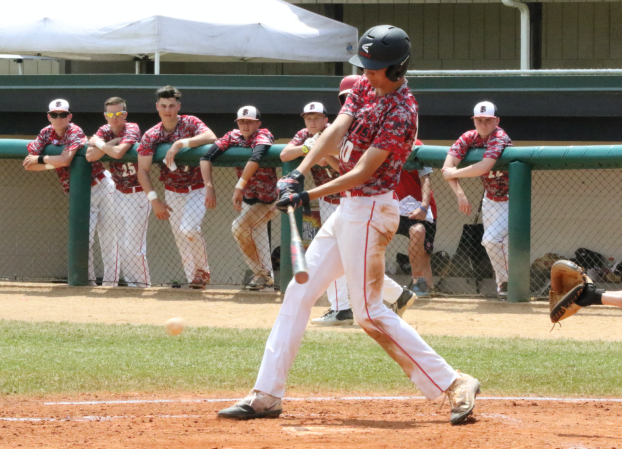 The fourth-seeded Fuqua School varsity baseball team scored first and twice came back to either tie or lead No. 2 Southampton Academy on Saturday, but ultimately the Raiders won 6-5 in the Virginia Independent Schools Athletic Association Division III state championship game in Colonial Heights.

“Tough loss, tough battle, but we just committed too many errors,” Falcons Head Coach John Adams said. “They committed a few, but we committed the timely errors that cost us a few (runs).”

Fuqua finished the game with six errors, while Southampton had four.

The Falcons were the first to get on the scoreboard when a Raiders defensive error allowed senior Christian Williams to score in the top of the second inning.

After a walk loaded the bases in the bottom of the inning, Southampton took a 2-1 lead off of a two-run single.

Both teams went scoreless in the third and fourth innings. But in the top of the fifth, Fuqua loaded the bases after freshman Drew Osborn was walked, senior Devin Allen hit a bunt single and sophomore Christian Adams was hit by a pitch.

With one out on the board, junior Hunter Gilliam recorded a hit that drove in Osborn and Allen to give the Falcons a 3-2 lead.

The Raiders benefited from four hits and a Fuqua error in the bottom of the inning to reclaim the lead, 5-3.

In the top of the sixth, junior Clay Osborn and Williams hit singles, and Drew Osborn drove both of them in with a two-out, two-run single to make the score 5-5 going into the bottom of the inning.

A Southampton runner reached first on an error, and later the bases were loaded with no outs. Gilliam produced some clutch throws on the mound during the inning, but the Raiders were able to score their sixth and final run on an error at home plate.

Christian Adams was walked in the top of the seventh, but the Falcons were not able to get anyone else on base.

For the game, Williams went 3-for-3, hitting a trio of singles, and he had two runs scored. Gilliam and Drew Osborn had two RBIs apiece.

The Falcons finished with six hits, and Southampton registered seven.

Allen started on the mound for Fuqua and was relieved by Gilliam.

Highlighting the disparity of ages and between the Falcons and Raiders, Coach Adams said he was proud of his young players holding their own against their older peers. He noted that his team featured two seniors, three juniors, three sophomores and three freshmen, while Southampton had six seniors and seven juniors, with one sophomore and one freshman.

The Falcons finished the 2017 season with a record of 11-6, advancing to the state final after beating No. 5 Kenston Forest School 14-7 in the quarterfinals Tuesday and eliminating No. 1 Walsingham Academy 4-2 in the semifinals Thursday.

“I’m proud of the guys to come out (at) the start of the season not even being ranked to jumping up in the standings and being able to make the playoffs,” Coach Adams said. “Just being here is good for us. We’ll be back next year. We’ll have most of the guys back. We should make a decent run.”

No. 8 Tennessee shuts out Lancers in NCAA tourney

Longwood University’s softball team fell behind early and was held to one hit by host and national No. 8 seed... read more