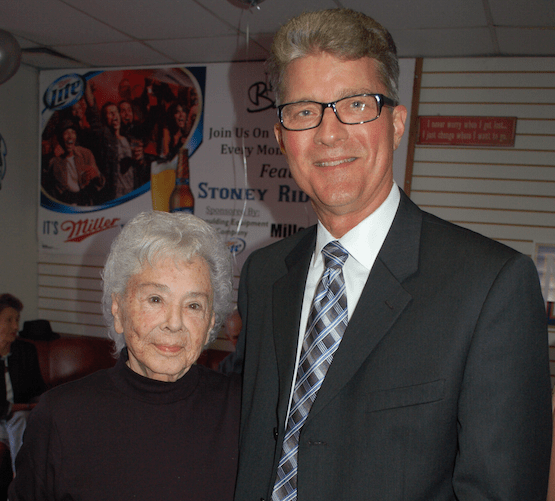 Dorothy “Dot” Crymes Tucker — who served as president, publisher and editor of Charlotte Publishing Inc., which owned and operated The Charlotte Gazette and The Kenbridge-Victoria Dispatch for many years — died Wednesday.

Bo said his mother died at her home in Drakes Branch.

The Tucker family owned The Charlotte Gazette and The Kenbridge-Victoria Dispatch for seven decades.

“It has been an honor for our family to deliver Charlotte County and Lunenburg news for all these years, and to be a part of preserving the county’s history,” Ms. Tucker said in a 2015 interview regarding the sale of the newspapers to Farmville Newsmedia, LLC — which also owns The Farmville Herald.

“She was in the newspaper business close to 50 years,” Bo said of his mother, “as editor and publisher.”

Ms. Tucker, who was born in 1928, graduated from Randolph-Henry High School, according to Bo.

Otis O. “Sam” Tucker Jr., Bo’s father, and Otis’ brother in law, Ernest “Jitt” Franklin, became involved in the two newspapers when they returned from military service in the 1940s.

Franklin died in the mid-1960s. “That’s when mom started … and became involved with the paper as co-publisher,” Bo noted.

According to Bo, his mother was a member of the Charlotte Country Club. “She was active in the chamber of commerce … (for) both (counties), mainly in Lunenburg County, where she stayed most of the time.”

“(She enjoyed) dealing with … the community and the people,” Bo said of his mother’s favorite aspect of the newspaper business. “She cared very deeply for Charlotte County and Lunenburg County. But, then again she was kind of not really pushed into it but she had to step up to the plate when Jitt Franklin passed away.”

In 1981, Bo said, his father died. “And then she became publisher (of the two newspapers).”

The family received friends Friday from 7-8:30 p.m. at Browning-Duffer Funeral Home in Keysville. Ms. Tucker was interred at the Presbyterian Cemetery in Drakes Branch on Saturday.

Lucille Wood worked for the Tucker family for 41 years.

“She had such a good humor,” Wood said. “She was so good to me. You couldn’t ask for a better boss … She (was) just wonderful.”

“She was good to the community. She helped with the Jackass Derby, she would donate to things. She just worked well with people,” Wood said.

“I will always count it a privilege to have worked closely with Dot Tucker on our acquisition of The Charlotte Gazette and The Kenbridge-Victoria Dispatch,” said Steve Stewart, president of Farmville Newsmedia, LLC. “Charlotte and Lunenburg are better communities because of the Tucker family’s many years of journalistic service.”

“A big thank you goes out to all the people of the county, both past and present, for their incredible support and the trust they have placed in us throughout our family’s time at the helm of The Charlotte Gazette and The Kenbridge-Victoria Dispatch,” Ms. Tucker said during a 2015 interview. “We have truly enjoyed being a part of the Charlotte and Lunenburg county communities.”

A 23-year-old Burkeville man indicted by a grand jury in April in connection with a crash that resulted in the... read more