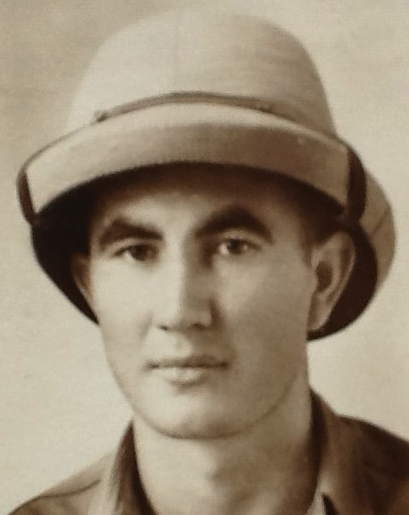 At an early age the family moved to Keene, where his father had purchased a farm; from 1930 until 1939 he attended school in Scottsville.  In 1939 Elwin enlisted in the United States Air Force and attended several Air Force Schools. When World War II erupted he was sent to China in the 308th Bombardment Group of the 14th Air Force. He returned to the U. S. in July 1945 and was discharged at that time.

Elwin then went to the west coast, where he met and married Aileen G. Larkin and they remained on the west coast in Oregon for the most part of the next 35 years engaging in several businesses. In 1980, his wife Aileen died. Some months later he decided to make a sentimental journey to Scottsville, during that time he renewed his acquaintance with a former classmate, Alice Sutton, whose husband had died the previous year also. Many times were relived and many, many letters were exchanged in the next six years, and in 1986 things became more serious, he and Alice were married in Roseburg, Oregon in June 7, 1986. Elwin and Alice resided in Buckingham County enjoying their times together with family and many friends, until her death on January 6, 2012.

Elwin is survived by his son, Roy Turner and his wife, Janice; granddaughter, Tellie Saunders and her husband, Shawn; two great-grandchildren, Chase and Savi; special friends, Robert and Peggy Ragland, Bill and Patsy Turner and Rodney and Kathy Williams and their sons; John and Gail Branch, Zeke and Crystal Moss, and many friends who made Elwin’s life enjoyable following the loss of his dear Alice.

Thanks to our Allen family for always including Elwin in our family functions. Holidays will not be the same without him. The family wishes to thank the staff of Heritage Hall for the loving care and compassion shown to our dear Elwin.

A graveside funeral service was held May 4, 2017 in the Sutton Family Cemetery, Woodland Church Road, Buckingham.