Sealed bids for medical services are due by May 26.

According to County Emergency Services Chief Tom Perry, the bids are part of the Cumberland Volunteer Rescue Squad’s (CVRS) contract with the county.

This partnership began in September after Cumberland County supervisors agreed to pay the squad’s debt on a building and supplement the dwindling volunteer base in exchange for making the squad a county agency. 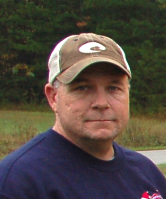 “To help make sure we had adequate staffing due to the low number of volunteers, we have to put out an RFP to get the new contract under the county,” Perry said.

The exchange and the squad’s operation has sparked concern particularly from leaders of the Cartersville Volunteer Rescue Squad, who spoke during a board of supervisors meeting in December, citing their reservations about the CVRS and the county’s billing system toward its constituents.

Staffing through the county and CVRS was provided by Emergency Services Solutions starting Oct. 1, a company which provided 24/7 coverage to the squad with paid crews.

Perry said that nothing about the operations of the squad would change.

The RFP, he said, would be a part of the contract between the CVRS and the county.

“Now the new contract needs to go through Cumberland County,” Perry said, who added that a volunteer agency researched and hired Emergency Services Solutions last year. “So, in order to do that legally, we have to put out an RFP and solicit bids to continue to provide that staffing.”

He said the companies would be selected based on their ability to provide year-round staffing to the CVRS.

The CVRS’ contract with Cumberland County, Perry said, would begin July 1 and last for one year.

He said similar solicitations for EMS have been made by Buckingham and Powhatan counties.

“When a county does not have its own staff, it can solicit, through an RFP, a bid for a company that has trained EMS personnel, emergency medical technicians, paramedics, drivers, to provide staffing at the locality,” Perry said.

Perry said the majority of services that the companies would offer would come in the form of staffing.

“Basically all they provide are people,” Perry said. “They ride on our equipment. They respond to all our 911 calls, and they are basically a contractor for Cumberland County providing EMS services.”

There will be no pre-bid meeting for the invitations, according to the notice.