Q: What’s the latest on the two Smart Scale projects in Buckingham pertaining to the two intersections on Routes 15 and 60?

The new legislature-approved scoring process will allow for work at the intersections of U.S. Route 15 and Stage Coach and Francisco roads at Sheppards and Routes 60 and 56.

Approval of funding of the two intersections was announced last summer by officials with the Virginia Department of Transportation (VDOT) and the Commonwealth Transportation Board. 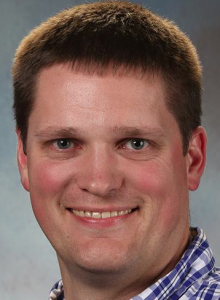 As for the intersection at Sheppards, Shippee said VDOT is “still waiting on surveying to come back on that one, so the design process hasn’t really started on that one yet.”

Formerly referred to as House Bill 2, Smart Scale is a prioritization process that evaluates each project’s merits using key factors, including improvements to safety, congestion reduction, accessibility, land use, economic development and the environment, according to VDOT.

According to VDOT, left and right turn lanes will be constructed on Route 15 at Sheppards and on Route 60 at the Route 56 intersection.

In addition to the two projects in Buckingham receiving funding last summer, two in Prince Edward County also won approval — the intersections at Routes 460 and 307, Routes 15 and 692 at Kingsville and Routes 15 and 655 at Worsham.

In Prince Edward, the intersection of Routes 460 and 307 will be reconstructed. Route 15 will see left and right turn lanes at the intersections of 655 (at Worsham) and a roundabout at 692 at Kingsville.

Out of the five projects, the Route 460 and 307 intersection ranked highest at 61.4 points. The lowest-scoring project was the Worsham intersection project.