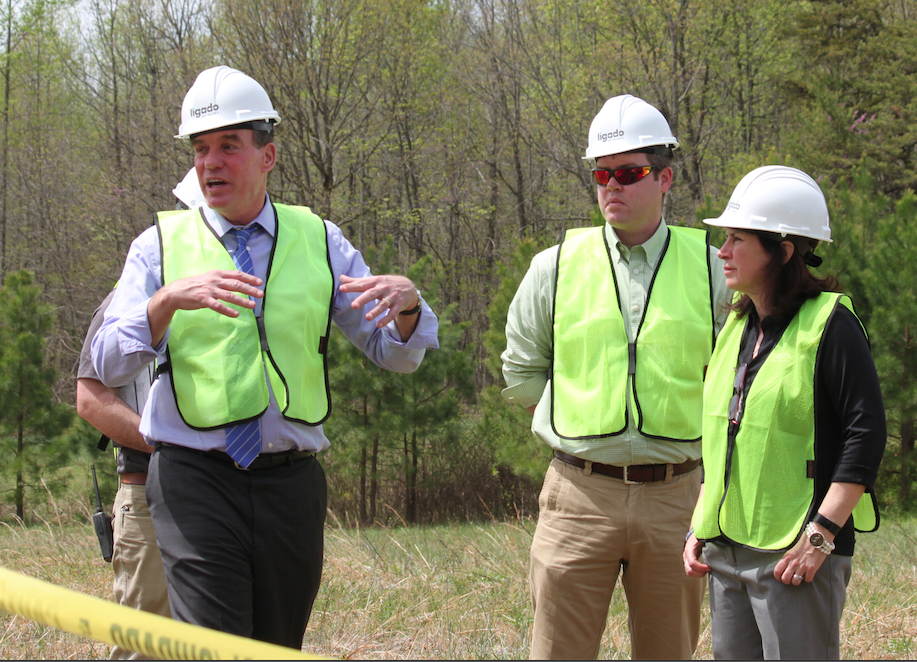 The demonstration, done with permission by the Federal Aviation Administration, meant to show how an operator could remain stationary and send the drone several miles away without losing line of sight, Hancock said. 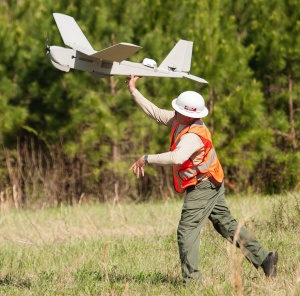 MARK BLANKS | VIRGINIA TECH
Jonathan Scott, of AeroVironment PIC, launches the Puma UAV during an April 12 demonstration of the drone in Buckingham County. The event was attended by U.S. Sen. Mark Warner.

The demonstration, in addition to examining the power lines, collected data on Ligado’s SkyTerra 1 satellite system, observing the system’s reliability and availability.

Ligado plans to deploy a satellite and ground-based network, which would deliver greater performance for the 5G and lnternet of Things (IoT) markets and help some of the line of sight range limitations currently held by the drones in use, Hancock said.