The suspects allegedly involved in two residential break-ins and a foot pursuit in Cumberland County on Saturday have been apprehended.

Shai-Yaun Jamarik Austin, 19 — the adult suspect — faces charges in connection to the incidents, according to police, in addition to a juvenile. 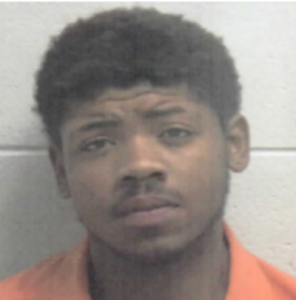 Police in Cumberland responded to calls Saturday after eyewitnesses on Horsepen Road near Holman Mill Road spotted what appeared to be a suspect carrying TVs from a home, Gordon said.

At the residence, police found the method of entry used was breaking the threshold or frame of the door with physical force, Gordon said.

After police discovered the suspects were attempting pursuit on foot, Gordon said assistance was called in from the Powhatan County Sheriff’s Office and Virginia State Police.

A deputy from Powhatan provided a dual-purpose canine, specializing in tracking and narcotics. The scent provided was a pillow case used by the suspect, according to Gordon.

The adult suspect was discovered by the canine within a half an hour of the start of the search, Gordon said, noting the suspect was hiding in nearby woods.

Austin has a previous criminal history involving larceny and breaking and enterings, according to Gordon and online court records.