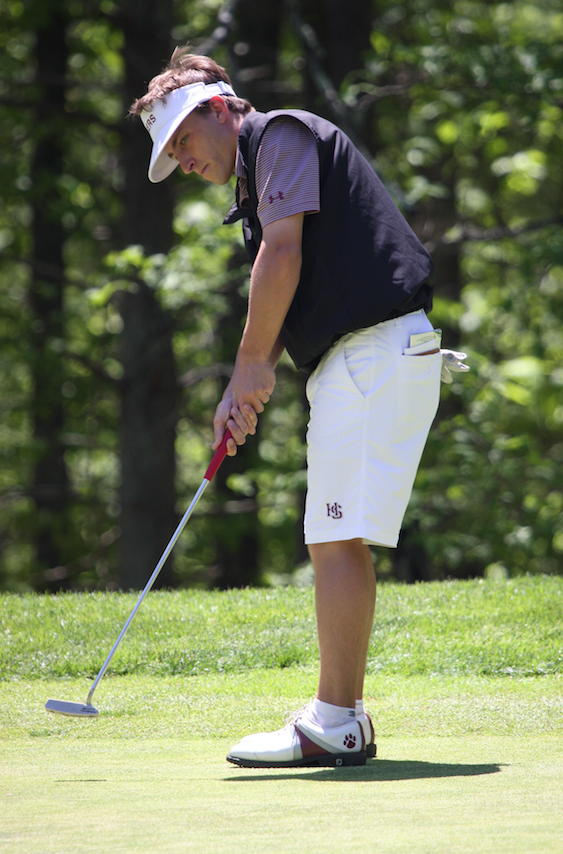 When the list of 2017 All-Old Dominion Athletic Conference (ODAC) honorees was released for men’s golf, Parker Smith’s name was at the top of it.

The Hampden-Sydney College (H-SC) junior was named ODAC Player of the Year in men’s golf.

“I’m happy I won it, but I never had my eyes set on winning ODAC Player of the Year,” Smith said after noting that he keeps his focus on the team.

He was sidelined for the fall portion of the 2016-17 season due to a severe shoulder injury.

“Basically, all of his statistics were earned starting in the spring half of our season,” H-SC Head Coach Mac Main said.

The coach praised Smith for working on his chipping and putting in the fall while his shoulder healed.

“As a result he became very proficient in his short game, which helps a lot in scoring,” Main said.

A top-five and top-10 finisher in spring events, Smith held a No. 34 NCAA Division III national ranking from Golfstat as of Wednesday and could play in the national tournament.