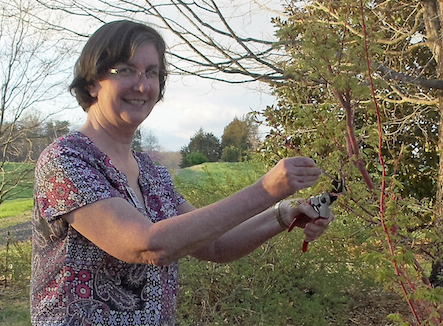 Tina Wells prunes a small tree. She spoke at the topic recently to members of the Redbud Garden Club.

The Redbud Garden Club met March 28 at the home of Ann Ligon with Rebecca Giles as her co-hostess.

“Ligon led the group in devotions with ‘Celebrating Weeds,’ a poem about weeds. Guests were Chelsea Giles and Nancy Schaeffer,” according to a club press release.