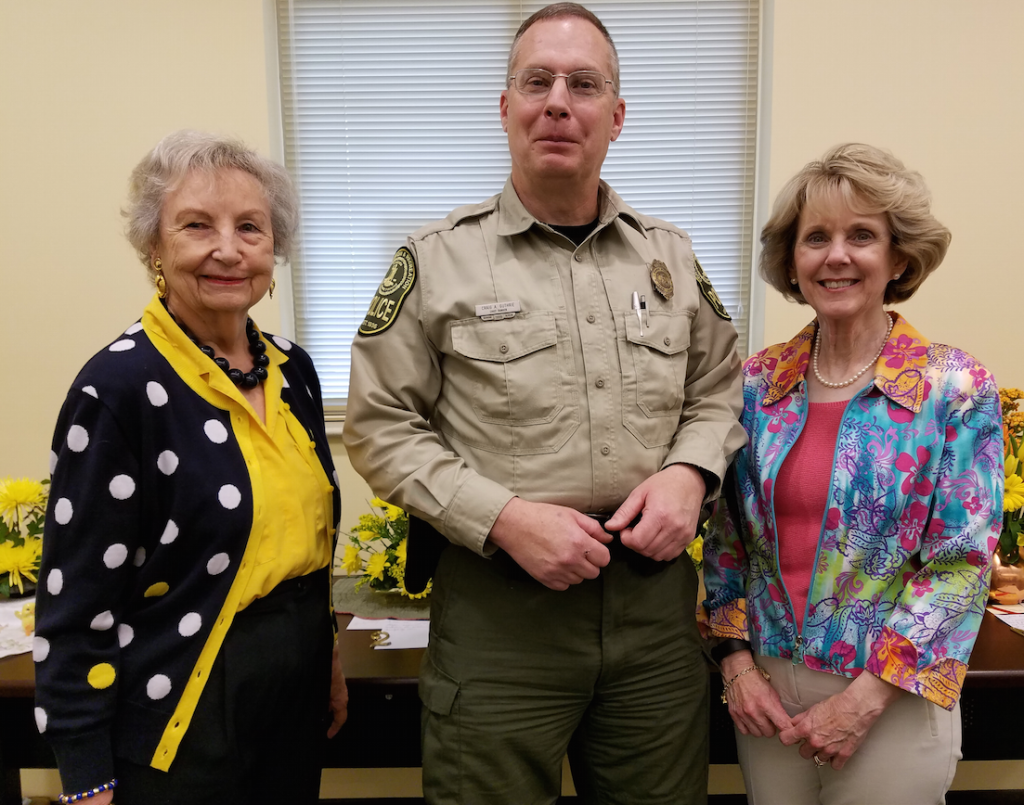 According to a press release, Guthrie grew up in the area, attended Longwood University and Virginia Tech, served in the Peace Corps and is involved in bee keeping.

“In a slide presentation we were introduced to many of the native and non-native plants of the High Bridge Trail,” club members said in a press release. “The 33-mile long and narrow trail extends from Pamplin, to Burkeville. There is now a new access road near Camp Paradise which is one-mile to the trail.”

According to the release, there are many ecosystems along the way. “Ranger Craig recommends to leave plants, rocks and everything as they are seen on the trail, maintaining the natural state.”

“We learned about many plants from the native Butterflyweed, to the Pigweed, to the Sassafras Tree, having three leaf shapes: three-lobed, mitten-shaped and elliptical or egg-shaped.”

“You can make Sassafras tea from the roots or use a twig as a toothbrush,” club members said in the release. “Interestingly, the Dogbayne plant (Apocynum cannabinum) means ‘dog away’ as it is poisonous to dogs and humans. The Dogbane Leaf Beetle is the bug that eats this plant which is a shinny metallic green. Have you seen them around?”

According to the release, one of the most invasive plants on the trail is the young Atlantis Tree because it displaces the native plants. “Their toxic alkaloids get into the soil which then makes it hard for things to grow.”