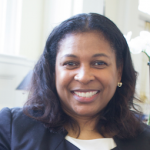 Students in Prince Edward County Public Schools will pay 5 cents more for lunch during the next school year.

“We are required to raise our full price by 5 cents. So we would be required to go from $2.25 to $2.30 for a full-priced lunch,” said Bruce Davis, the supervisor of food service for the division. “Breakfast would stay the same at $1.25,” he said.

The price increase comes as a stipulation of being a part of the federal Healthy, Hunger-Free Kids Act of 2010 that carries a requirement for schools to participate in the National School Lunch Program (NSLP) to ensure schools provide the same level of support for lunches served to students eligible for free lunch.

According to Davis, the school division is required to review prices annually. The lunch price increase comes one year after a 10-cent price increase for meals across the division.

“It’s a formula — I didn’t choose the price. It’s a formula that we put into a tool and they tell us what it’s going to be for the school year,” Davis said regarding the price increase.

Davis said until lunches are $2.86, which is required by the United States Department of Agriculture (USDA), the division will probably add 5 cents to the meal price a year.

Davis also presented a policy change to the school board regarding students charging meals to their accounts.

Davis said in previous years after students forgot to pay off their accounts for lunches, the division would let the debt go after a certain time period.

“We can’t wipe it clean anymore, Davis said. “It’s just the government is not allowing it and to raise the school price, that’s being dictated by the USDA too. They’re requiring us to do it,” Davis said.

Davis said previously there was no threshold for the amount students between pre-K and fourth grade could charge, noting that some students had owed amounts of upwards of $1,000.

“I think parents know that … it’s going to be a zero balance at the end of the school year and that’s why a lot of them won’t pay,” Davis said. “You do have the honest ones that will pay … They pay at the end of the month because they know.”

According to Division Superintendent Dr. Barbara Johnson, there is approximately $18,000 in debt from parents not paying for the charged meals.

“We can figure out how to pay it and still pursue,” she said.