Supervisors in Prince Edward County are beginning the process of making a decision as to whether or not they will change the process of funding for health care for county employees. The board agreed for County Administrator Wade Bartlett to send a letter on March 28 to the Local Choice health benefits program — which is what the county currently uses to manage funding, acting as a pool for insurance costs — to notify them they are looking at terminating membership to the plan with the stipulation that they have until June 1 to make a final decision. 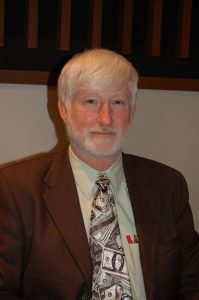 “The pool can help buy down your increase,” Bartlett said regarding insurance premiums while in Local Choice.

Bartlett said on a bad year, the county could have had more than a 30-percent increase in insurance premiums had they not been in the Local Choice programs, but because the county was a part of Local Choice, it was only 14 percent. He said that the idea behind Local Choice was that if the county has a good year claims-wise, the money they put into the pool would help out another county’s bad year.

“If you were to keep those claims and in your good year, that extra money, you keep it in a separate pot … then you could use that to support your insurance program for when you have a bad year or if you want to change something in the plan and all,” Bartlett said. “The whole concept is that you would keep this excess. We’ve had three good years in a row.”

According to Buffalo District Supervisor C. R. “Bob” Timmons Jr., had the county already used the self-funding method for managing insurance funds, the county would have saved $340,000 per year over the past three years.

Bartlett said the county would account for bad years in self funding by being a part of catastrophic insurance. The insurance provider would not change for county employees under self-funding, remaining with Anthem.

Because Local Choice is a larger program, Bartlett said, some plans offered are contingent on the locality’s participation, potentially decreasing the diversity of plans offered.

A consultant is set to be at the April 18 budget work session to speak on more specific information about the differences between self-funding and the use of Local Choice.

According to the Local Choice website, more than 60,000 employees, retirees and family members representing 335 Virginia jurisdictions participate in the state health benefits program.

According to the website, the program offers financial stability through competitive rates, quality benefit plans and superior customer service.