Green named Teacher of the Year 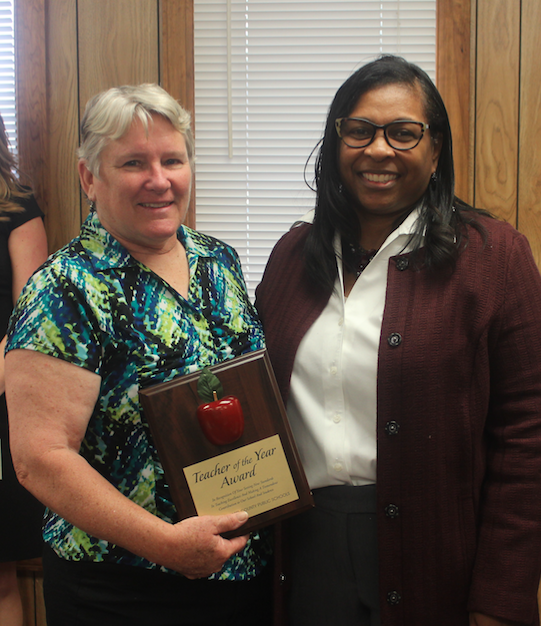 “All of us up here, we couldn’t be up here without the rest of the staff of Prince Edward,” Green said. “It’s just, you know, we’re kind of representing everybody up here, so I feel, like, everybody said, honored that I would be singled out, but I couldn’t do it without anybody else, so thank you so much.”

Green has been a teacher at the county’s high school for three years. She said that she had been a teacher overall for approximately 40 years, citing working at Longwood prior to her move to Prince Edward County Public Schools.

“Ms. Green, she not only gives her time to Prince Edward County and our students, but she also does a considerable amount of volunteer work,” Division Superintendent Dr. Barbara Johnson said.

Johnson said Green is the chair of the Greater Farmville Green Waste Committee and has worked with the Farmville Area Habitat for Humanity, the Alzheimer’s Association, the Longwood Center for the Visual Arts and Friends of the Appomattox River.

“That’s exceptional,” Johnson said. “I don’t know where you find the time to do all of that, but that is exceptional.” 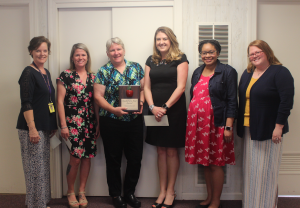 All nominees were awarded $500.

Johnson thanked the nominated teachers for representing the division during the meeting.

Johnson said Virginia has participated in the National Teacher of the Year program since 1964, noting the annual program honors educators who represent the best in teaching across the state.