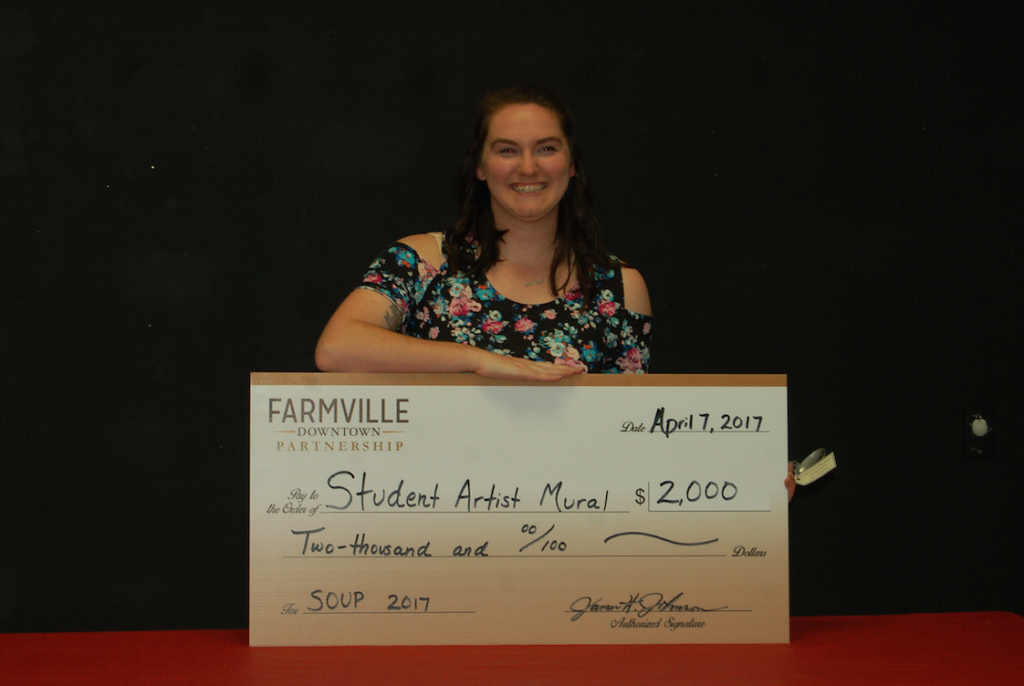 The second annual Supporting Outstanding Urban Projects (SOUP) event — one hosted by Farmville Downtown Partnership (FDP) that offers grants to proposed projects benefitting the community — resulted in thousands of dollars being granted to a student mural project, a Farmville-oriented coloring book and a community 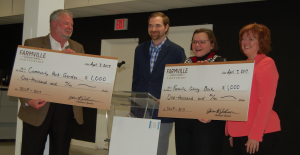 Fetty said as a Longwood University alumna, she was inspired by sculpture projects at the college.

“If you don’t know anything about it, about every three years the sculptures at Longwood change mysteriously and those are voted for with a panel (of people),” Fetty said.

She cited she was inspired by the Start with Art program at the Longwood Center for the Visual Arts where student art hangs on the walls for about a month and a half before an art show is held.

“Every year I think, ‘I wish I could enjoy this art work year round,’” Fetty said. “This year, literally the last day I was allowed to submit a proposal … I thought immediately about how amazing it would be to see student artwork year round through Farmville.”

Fetty said her proposal was to have four or five smaller murals throughout downtown Farmville that could be voted on every year.

The murals could center on a different theme annually, she said.

“Not only would this be giving very young artists, you know 12 to 18 years of age, immense amounts of confidence that their art is worthy of this … (but) it would bring color to the community. It would bring us all together,” Fetty said.

Runner-ups who won a $1,000 grant were Dan Mossler, who presented a community herb garden, and a group represented by Longwood University professor Abbey O’Connor, that proposed a Farmville coloring book.

The group included O’Connor, Will Stewart and Jen Cox, who originally came up with the idea during sessions at Leadership Farmville, a program that spanned seven months, dedicated to developing new leaders in the community.

Mossler said his idea came about when he was preparing for dinner and he couldn’t find basil.

Stewart said the Farmville coloring book could target adults and children to highlight the resources and the history of the town.