The Prince Edward County Board of Supervisors and county school board members held a joint meeting Thursday to discuss the school board’s proposed budget for the upcoming 2017-18 fiscal year (FY).

The proposed budget — which requests an additional $314,000 from county supervisors compared to the current fiscal year’s budget — includes the addition of a part-time assistant principal, a mathematics or science teacher, an instructional technology teacher who would instruct other teachers on how to use equipment to help teaching, a guidance counselor, a part-time public relations professional and a mission and vision development contractor.

The request also includes additional funds for a two-percent salary increase and increases connected to health insurance and the Virginia Retirement System.

The county’s board of supervisors will hold a budget hearing on April 18 at 7 p.m.

Regarding the increase in incentives and two-percent increase in salary for all employees, Prince Edward County Public School Superintendent Dr. Barbara Johnson said, on average, over the last 10 years, the school division has seen a turnover from 32 to 45 teachers annually.

“We are in a region where we cannot necessarily pay the highest salaries,” Johnson told school board members and county supervisors. “Teachers can go to Henrico and Chesterfield and make considerably more,” Johnson said. “We need to engage the highest-quality teaching staff. We need people who are going to be here and be invested.” 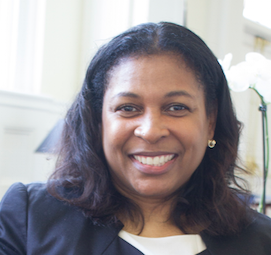 Clarifying, Johnson said some teachers aren’t leaving because of the money.

“Some are leaving because they’re brand new and they didn’t know what to expect, and so they figured out teaching was not for them,” Johnson said.

She said the division has an exit survey officials will implement this year.

The current funding level from the county for the current FY 2016-17 budget is about $8.32 million.

The proposed school budget includes $111,332 in reductions the division will make internally.