Rust gets high honors at competition 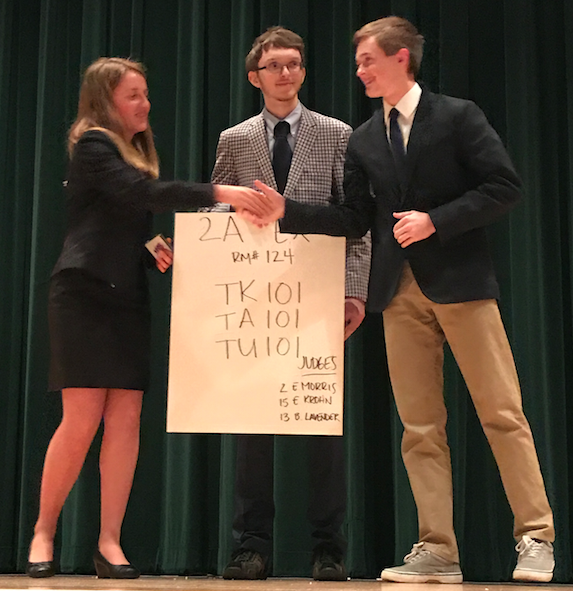 Rust, according to the press release, is in her second year on the PECHS Forensics Team. “She won first place in the Conference 34 event, and placed second in Region 2A East. This was her first trip to the state competition. She is also a member of the PECHS Debate Team and will be competing at the state level in debate, along with five of her teammates, at the end of April.”

According to the release, this marks two years in a row that PECHS scored a second-place state medal in this event.

“Bailey Carkenord, now a freshman at Duke University, won second place in extemporaneous speaking last year. Extemporaneous speaking is considered to be one of the most mentally strenuous of the 10 forensics competition events, in that last-minute speeches on specific, often difficult questions about current events must be written at the competition itself, then presented before the judges.”