Several organizations are partnering to hold a restoration of rights clinic for felons seeking to have Gov. Terry McAuliffe restore their rights.

According to event organizer Taikein Cooper, the event will be held Tuesday at 6-7:30 p.m. at the Moton Museum, located at the intersection of Griffin Boulevard and South Main Street. 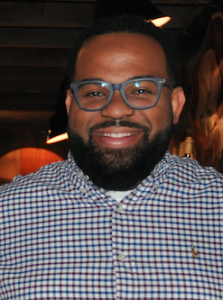 The event, Cooper said, is “to help people that have been convicted of felonies restore their right to vote” along with other sought-after rights.

He agreed the event is a first of its kind for the Heart of Virginia.

“The governor has to review each one individually now … instead of being like a blanket restoration. So, the governor will actually have one of his staff people out from the secretary of commonwealth’s office that will help walk everyone through the process on Tuesday.”

A large component of the clinic will be education, Cooper said.

“We’re going to help people complete the application there,” he said of the page-and-a-half application.

While one of the most sought-after rights is voting, another some seek to have restored is the right to bear arms.

“The other right that has … come under a lot of scrutiny would be the right to bear arms again. But, that’s on a case-by-case basis, so the judge has to sign off on that.”

“We’ve identified the need here for quite some time,” Cooper said. “And so, last year, of course, the executive order from the governor, and then that was ruled unconstitutional. So, we just thought it was appropriate. And there are a few people here that have continuously asked me about … getting their rights restored.”

Any felon who seeks help in gaining back their rights is welcome, Cooper said.

“Not just in Prince Edward County. Anyone from the commonwealth of Virginia. We encourage them to come and we look forward to helping them in some capacity. Even if it’s just education, I think that that would be beneficial for them to come.”

According to the secretary of the commonwealth’s office, in August, McAuliffe announced the process “he will use moving forward to restore rights to individuals … After a thorough review process, Gov. McAuliffe will direct the secretary’s office to process the restoration paperwork for each individual that meets his criteria for restoration. “

“We thought that this would be a great way to kind of build some bridges to the community,” Cooper said.