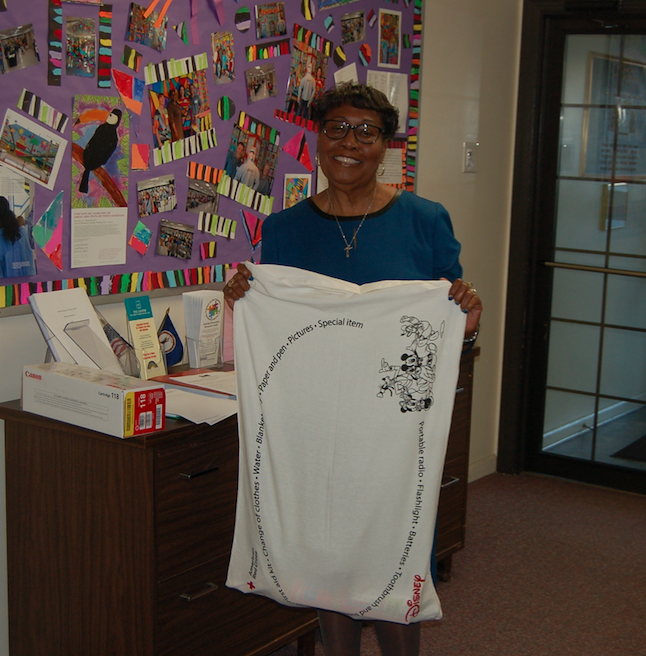 “The pillowcase project is an emergency preparedness program which teaches children how to respond when an emergency occurs,” Reed said.

Reed said Prince Edward was the first county the sorority had introduced the initiative to. She said the project is a nationwide program for students in third through fifth grades to learn how to become more prepared.

She said the project was created in Louisiana following Hurricane Katrina in 2005.

“This program teaches students how to prepare for emergencies by teaching students the importance of personal preparedness, increased household preparedness across the country, increase coping skills and (incorporating) preparedness education into elementary curriculum,” Reed said.

She said the sorority was partnering with the American Red Cross to initiate the Pillowcase Project in each of those counties.

“It was noticed people carried their belongings in a pillowcase during the evacuation, hence the idea for the pillowcase project,” Reed said.

In early 2013, Disney partnered with the Red Cross for the project so that it could be customized throughout the nation.

Reed said the program calls for a 60-minute classroom-based presentation for elementary students to help students better understand how to prepare and react during emergencies in case they have to leave their homes.

She said the program includes a standardized curriculum that combines instruction with physical and small-group collaboration in learning activities.

“This program meets many performance expectations for the Common Core math and language arts,” Reed said. “It has what is called a learned, practice, shared framework.”

She said one aspect of the program is teaching students a coping skill, which the program terms “breathe with color.”

“Whenever you are in a stressful situation, you have already learned that you take a deep breath slowly, and you breathe out,” Reed said. “But, we would like to teach our children that.”

She said children would be taught to slow their breathing when they’re scared during emergencies.

“In the workbook, there are two circles. They’ll think about the color they like most and they will … color that circle,” Reed said. “The second circle has been colored grey that’s that scared feeling.”

Instructors will have the children imagine the grey color as the color of nervousness, uncomfortable feelings, and they will close their eyes and imagine that they’re breathing in their good color and slowly breathing out the color they’re scared about, according to Reed.

“This is a technique that they’ll use hopefully later on in life when they’re nervous or scared about something,” Reed said. “I used it before I came in here. Speaking to crowds is not my thing.”

She said the workbook that goes with the Pillowcase Project includes many things that can’t be done in the classroom, so instructors could advise children to take the workbook home and work on it with their parents.

“Not only should our children be taught basic reading, writing and math, but they should be taught survival skills,” Reed said.

“We think it’s important for our children to know this is something you can do in your house,” Johnson said.