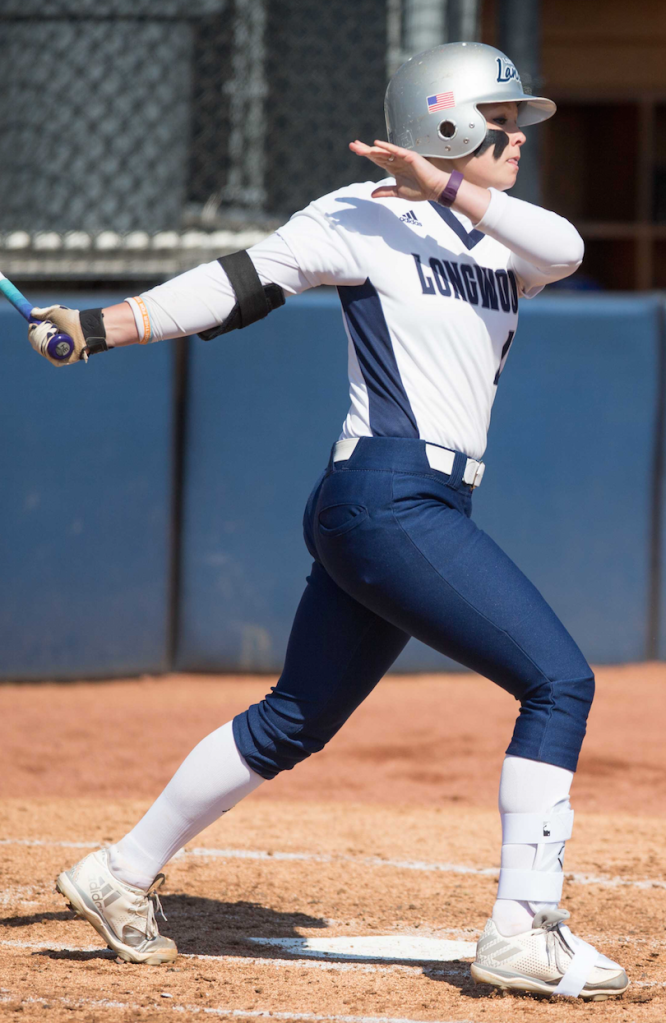 Wins have not been abundant for Longwood University’s softball team this season through its first 21 games, contests which all featured non-conference opponents, many with impressive reputations. But recent history shows a 7-14 start is not necessarily a cause for great concern for the Lancers, who also started 7-14 in 2015 when they went on to win the Big South Conference tournament and achieve the program’s first-ever NCAA Tournament win. Redshirt sophomore Karleigh Donovan, pictured above, and the Lancers begin their Big South schedule this weekend when they visit Campbell University for a three-game series. Longwood has won 27-of-32 Big South best-of-three regular season series since entering the league.