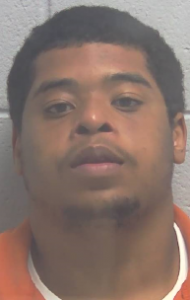 Clark said his convictions stemmed from events that took place Dec. 9-10, 2015 with a group of juveniles who went into the home of a relative of one of the juvenile co-defendants and stole various items.

She said the juveniles believed the home to be empty but found a victim there with her children.

“Because Jones was a juvenile at the time of the offenses (and) did not orchestrate these offenses — but was rather a participant — and did not have any prior history, he received a blended sentence,” Clark said.

Clark said the blended sentence meant Jones was allowed to serve his active time with the Department of Juvenile Justice, but will be on active adult supervised probation. His suspended sentence will be an adult sentence, she said.

If he violates the terms of his probation or good behavior, Clark said Jones could face adult prison time.

The suspended sentence includes 70 years — 20 years on each breaking and entering and 10 years on each of the remaining charges. Clark said Jones will be committed as a serious offender until he’s 21-years-old. Following that, he has to be of good behavior for 23 years, be on supervised probation for five years, pay $1,600 of restitution to the victim and $6,000 restitution to the county.

Jones must also refrain from having any contact with the juvenile co-defendants or the victim in the matter.

Clark said the case was one of the more complicated sentencing events given the nature of the charge and the defendant’s age at the start of the proceedings.