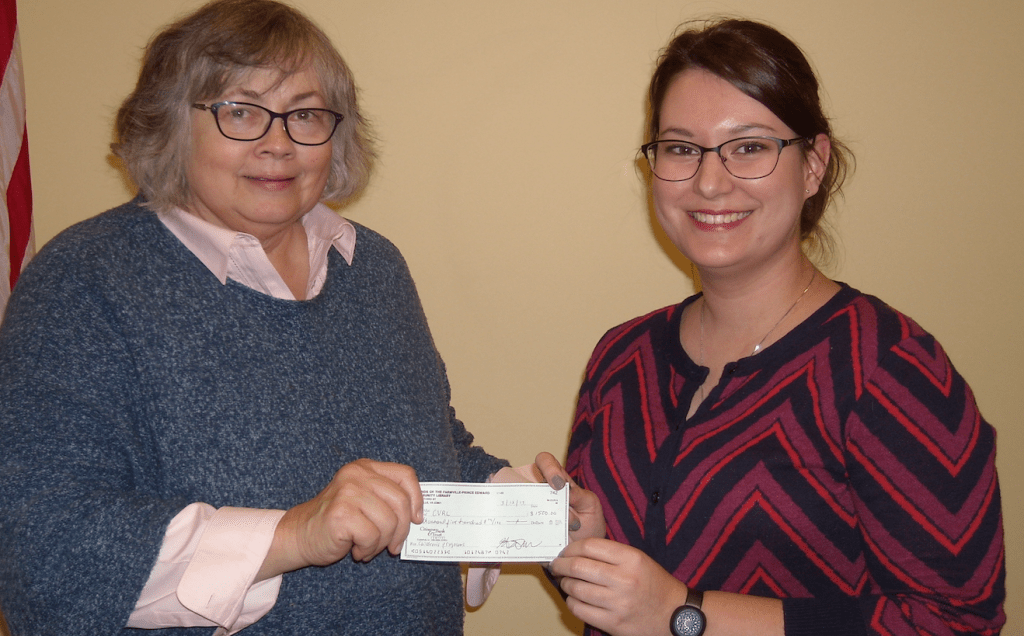 Friends of the Farmville-Prince Edward Community Library Chair Robin Smith, left, presents Megan Almond, a children’s programmer with the library, a donation for $1,500.

The Friends of the Farmville-Prince Edward Community Library recently presented a donation of $1,500 to Children’s Programmer Megan Almond in support of children’s programming activities at the library.

The check was donated during the Friends board’s regular board meeting held recently.

Board Chairman Robin Smith presented the check. The funds were raised from the Friends’ annual Harvest Moon Champagne and Chocolate Gala held at the library in October, according to a press release.

“It was pretty exciting. I just started last June, and from what I understand, they had been without a children’s programmer for a while,” Almond said. “It’s nice to be able to expand on what we’ve already started and bring more experiences and different types of programs to the kids in the county.”

The children’s program offers numerous events, including a story time for kids five and under, a Lego Club for children ages 5-12, a children’s volunteer who helps out with programming and other programs.

The money donated — Almond said — has gone to purchasing Legos for the Lego Club and will go toward the library’s Summer Reading Program.

“The Summer Reading Program is a yearly event; it’s really important especially in rural communities,” Almond said. “It helps with ‘summer slide,’ which is when kids lose a lot of those reading comprehension and thinking skills over the summer when they’re not being challenged like they are in school. It’s encouraging them to read, but it’s also giving them something to do during the summer.”