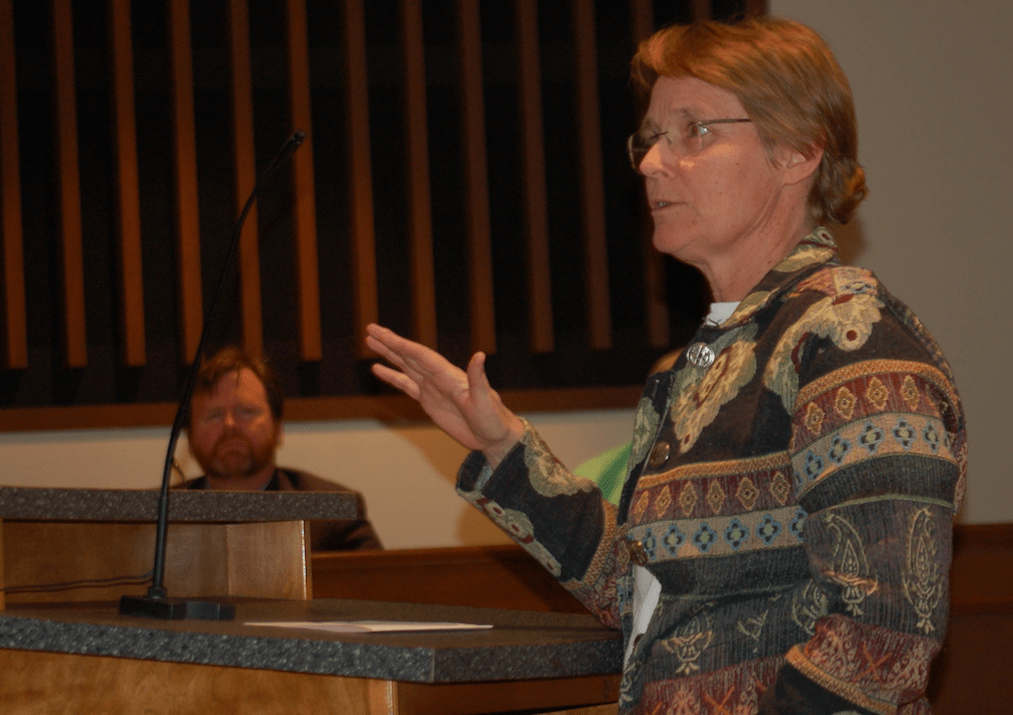 MORGAN WHITE | HERALD Angela Whittaker speaks during Tuesday’s Prince Edward County Planning Commission meeting regarding a private educational facility in Rice. If its approved, she would be one of the teachers at the facility.

The Prince Edward County Planning Commission offered its unanimous recommendation for approval of two special use permits Tuesday which — if granted by county supervisors — would allow for a private educational facility for up to 30 students in Rice and a daycare for up to 49 children off of Simpson Road near Prospect.

The private educational facility will be owned by Jamestown Presbyterian Church, located at 1751 Lockett Road, according to county documents.

The permit states transportation for the facility will be by parents, and the hours of operation will be from 7:30 a.m.-5 p.m.

“We really are interested in creating an educational option for the parents so that they can have part homeschooling and support from an educational program that is very much child-entered and community oriented,” said Angela Whittaker, who spoke as applicant for the permit for the educational facility. “We’re very interested in forming, and have already started forming, relationships with community members, sponsors … It’s a very community-centered and community service-oriented school curriculum.”

Whittaker said private schools are eligible for accreditation through the Virginia Independent Schools Association following five years of operation. She said while it’s not required, the school will have licensed teachers. The school will operate from August to May and include two full-time teachers, including Whittaker, and one-part-time instructor.

No one opposed the permit during the public hearing. A number of people spoke highly of Whittaker’s capabilities as a teacher.

The daycare, which was also recommended for approval, will be operated by The Bridge Church, located at 45 Simpson Road. The daycare is proposed to operate from 6:30 a.m.-7 p.m. and is separate from the private educational facility proposal.