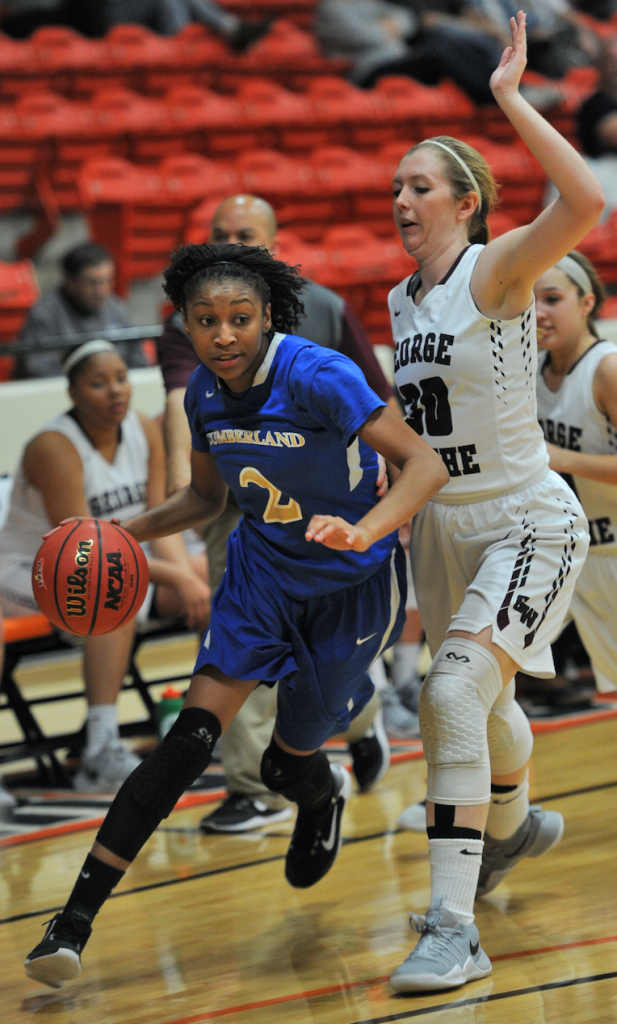 Senior forward Bria Anderson became the first Cumberland girls basketball player to ever be named all-state, earning a spot on the 2016-17 Group 1A all-state first team.

“Honestly, I didn’t think I was going to get all-state, because we were in the state tournament, and there (were) pretty good girls out there,” she said, noting she was stunned when she learned she had made the first team. “I was really excited and really happy.”

Earlier this year, she was selected to the All-Region 1A East first team and was also named the Conference 42 girls basketball Player of the Year, an accolade which comes coupled with an all-conference first team selection.

She said receiving an all-state first team honor had been a goal, but she had been specifically aiming for it in her primary sport — volleyball.

“In basketball, I really didn’t think anything of it,” she said. “But it happened in basketball. So, I don’t care that it’s not in volleyball, because this was a great season for me.”

“Like I told her and like I told other people, I just think if anybody deserved it, I think she’s definitely one,” he said. “She put her heart, body and soul into the game. She did what an all-state player does.”

The Lady Dukes struggled in the Virginia High School League Group 1A state tournament, falling in the quarterfinals, but Liggins had an idea why this did not deter all-state voters from putting Anderson among the state’s first-team players.

“I just think that they looked at what she did throughout the year and all that, and I think they just came to a good decision,” he said.

Anderson said she did not think that she would be the inaugural female basketball player at Cumberland to receive an all-state honor, “so that’s a great accomplishment, and I feel like I just set the bar high for the other athletes coming in to play basketball, and they could possibly reach that too, and then we’ll have more first team all-(state players) instead of just one.”

She hopes her achievement will influence other student-athletes to overcome doubts about their chances of becoming an all-state honoree.