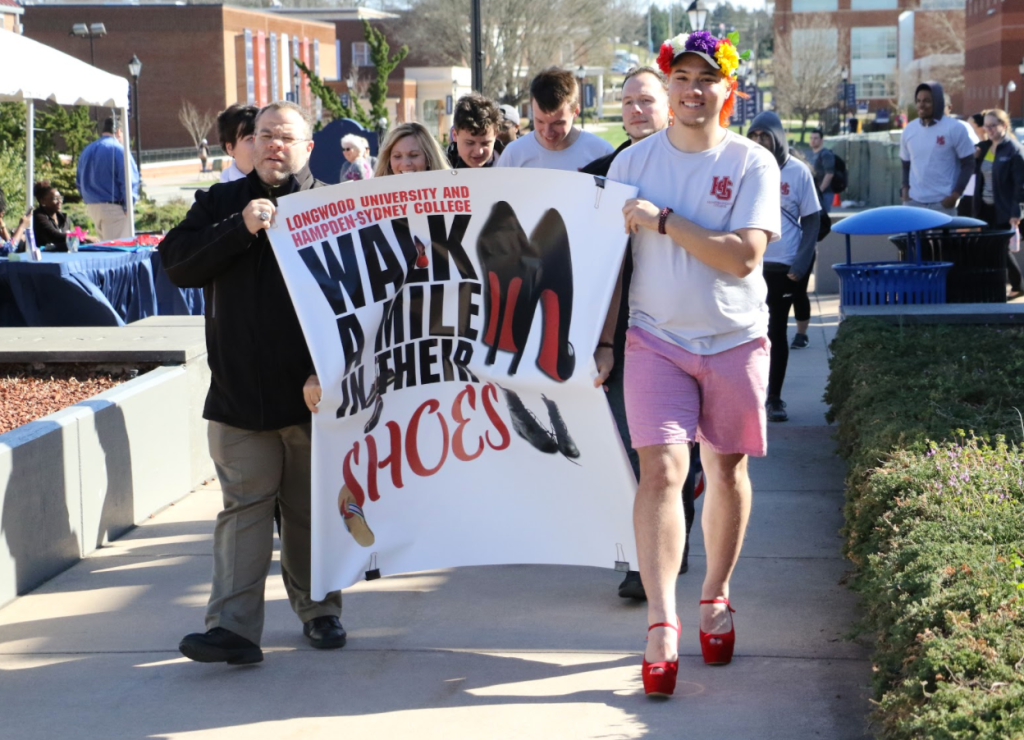 TITUS MOHLER | HERALD Jonathan Page, left, and Z. Arthur White hold the sign at the front of the group participating in the Walk A Mile In Their Shoes event Wednesday afternoon at Longwood University. See more photos on A7 and online at www.FarmvilleHerald.com.

A group of approximately 20 people participated Wednesday in the Walk A Mile In Their Shoes event at Longwood University to raise awareness about the causes, effects and remediations of sexual misconduct.

The event was a joint endeavor by Longwood and Hampden-Sydney College (H-SC), and it featured a group of male H-SC and Longwood students walking a mile across and around the Longwood campus in high heels, starting and ending in Brock Commons.

They were accompanied by staff and female students, as well, which fit in with the adjustment the two schools made to the name of the event. The schools had previously orchestrated the walk under the banner of the international men’s march to end sexualized violence against women known as Walk a Mile in Her Shoes. 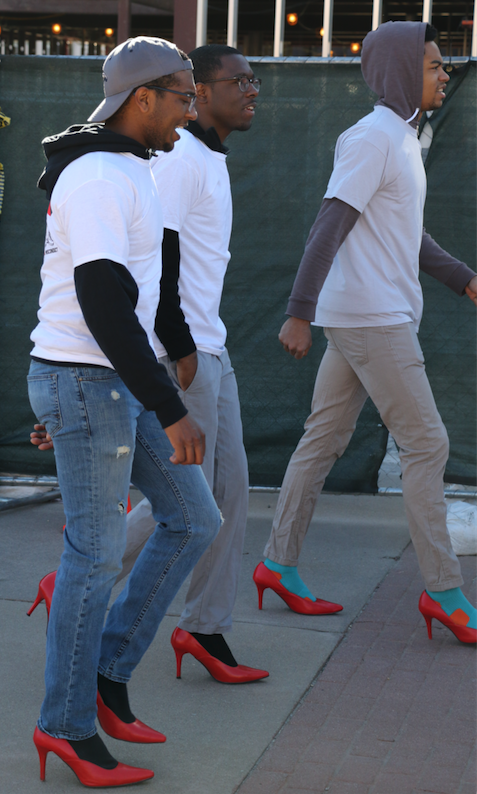 TITUS MOHLER | HERALD
From left, Alton Coleman, Jonathan Bland and JaVonte Reddick make their return trip through Brock Commons during the Walk A Mile In Their Shoes event Wednesday afternoon at Longwood University.

Sasha Johnson, who helped organize the event, is the education and prevention coordinator in the office of student conduct and integrity at Longwood, and she said the change to “Their Shoes” was made “to show that sexual misconduct happens to people all along the gender continuum.”

Though this is a change, Johnson emphasized that the goal the two schools aim to accomplish through the event has not changed.

“Our aim continues to raise awareness about not only the causes and effects of sexual misconduct, but also the remediations available to address the issue,” she said to those gathered. “We recognize that men have an overwhelming power to end violence against women. This is why we support and engage in programs like It’s On Us and the White Ribbon Campaign.”

Recognizing that women ages 18-24 are at an elevated risk of sexual violence, Johnson noted that Longwood and Hampden-Sydney are also honoring them with The Clothesline Project.

“It’s an international program for women affected by violence to express their emotions by decorating a shirt and then hanging this shirt on a clothesline to be viewed by others as a testimony to the problem of violence against women,” she said.

Many such shirts were on display Wednesday on clotheslines on Brock Commons. 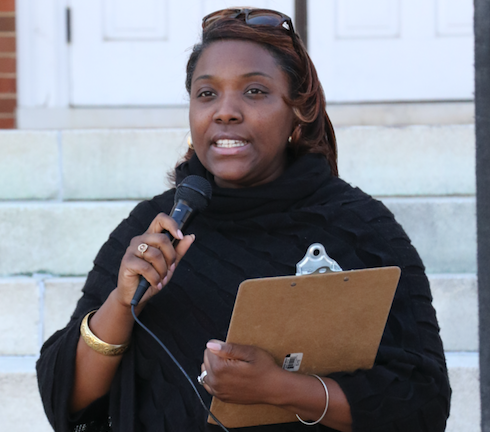 TITUS MOHLER | HERALD
Sasha Johnson delivers some remarks to those attending the Walk A Mile In Their Shoes event Wednesday afternoon at Longwood University.

“We also recognize that it is very important to raise awareness about populations who may feel less supported,” Johnson said. “Did you know that 21 percent of transgender, genderqueer and non-conforming (TGQN) students have been sexually assaulted? Twenty-one percent. This is compared to 18 percent (of) — less than — the number of non-TGQN females and four percent of non-TGQN males.”

Johnson continued by noting it is widely understood that sexual misconduct, whether an isolated act or a systematic pattern of violence, is not caused by a single factor but by a combination of factors.

“One theory used to explain this issue is the ecological framework,” she said. “This framework views interpersonal violence as the outcome of interaction among many factors at four levels — the individual, the relationship, the community and the society.” 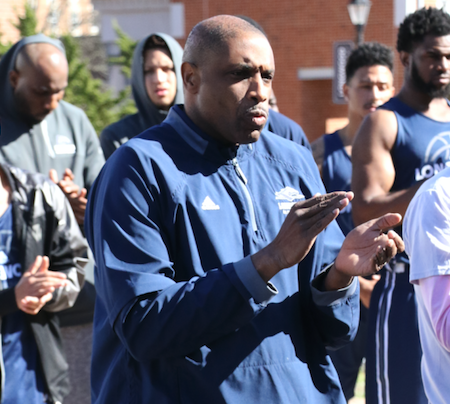 Johnson listed risk factors for intimate partner violence and sexual violence reported by the World Health Organization for each of the four levels.

Noting that effects of sexual misconduct on victims can include depression, flashbacks, self-harm and posttraumatic stress disorder, Johnson said that representatives from Madeline’s House, the Piedmont Crisis Center and Longwood’s Counseling & Psychological Services office were at the event and are available to help.

Z. Arthur White, a Hampden-Sydney freshman, gave a brief speech before helping lead the walk. Afterward, he addressed how the event effectively balances the humor of men walking uncharacteristically in high heels with the difficult subject of sexual misconduct.

She said she thought the event was enjoyable and was already thinking about next year’s iteration.

“I believe the next year will be at Hampden-Sydney,” she said.