Andrea Lou Garrett, of Farmville, VA, was born on January 28, 1947, passed away peacefully on Thursday, March 23, 2017, with her family by her side.  She was the daughter of the late Bert C. and Frances Throckmorton Swalley. 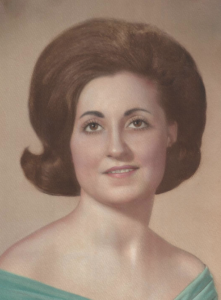 Andrea worked for many years as a respiratory therapist at Southside Community Hospital. Lou was a very generous person who dearly loved her family.

A private graveside service will be held at a later date.

The Browning-Duffer Funeral Home in Keysville, is in charge of the arrangements.