Women get AKA honors 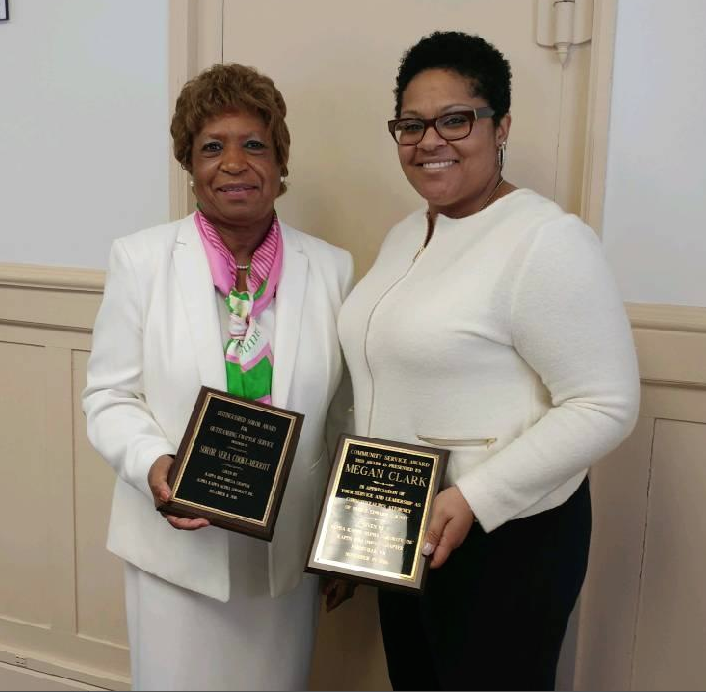 The Kappa Rho Omega Chapter of Alpha Kappa Alpha Sorority presented its annual “Local Citizen of the Year Award” to Megan Clark, commonwealth’s attorney for Prince Edward County, “for her outstanding contributions to the community and to her church,” according to a press release.

The sorority awarded the “Distinguished Service Award” to Vera Cooke-Merritt for her outstanding contributions to the community, her church and to the sorority.

According to the release, Cooke-Merritt, a native of South Boston, was educated in the Halifax County Public School System. “Upon graduation, she attended Virginia State College (now university) and graduated with a degree in Elementary Education (grades 4-7). She also earned her master’s degree in Educational Administration and Supervision from Virginia State University.”

Alpha Kappa Alpha Sorority is a community service organization whose motto is “Service to all Mankind.”